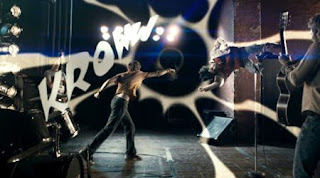 Crash, bang, geddit
Just recently, when Scott Pilgrim vs the World was released and the largely positive reviews started coming in, a few irritated responses began filtering through whenever there was a less-than positive or shrugging verdict of the film. It's certainly not the first time I've read this kind of thing: I remember hearing (usually online) similar cries on perusing reviews of the likes of Donnie Darko, The Dark Knight, Irreversible and (500) Days of Summer (and, barely a month ago, Inception) but some reactions to Scott Pilgrim have proven to be the most visible recent examples of folk rebutting a less-favourable review with: 'You don't get it.'

The critics less impressed than most have seen their Pilgrim observations met with that much-loved, though increasingly shopworn, phrase - occasionally with 'if you're over thirty' tagged on the end of it. Why thirty? What has that age in particular got to do with it? Is the cut off point for Pilgrim enjoyment twenty-nine? Surely there are many folks both under and over thirty who the film will and won't appeal to. Whatever it is, I'm not sold on any of that 'You (just) don't get it' malarkey when someone is talking about someone else's (yours, mine, anybody's) reactions to a film.

I'm guessing that it's an off-the-cuff and defensively reactionary remark, but why do some folk feel the need to be defensive in the first place. If you liked it, be happy about that. Don't worry if the next guy or girl didn't like it. (Although maybe it's anger at the higher-profile critics getting to see films first, and delivering their tuppence-worth earlier than most, that doesn't keep in line with fans' high expectations.) But saying it is pretty useless, and actually suggests a juvenile superiority complex to go alongside that defensiveness on the behalf of those that do. What it really means is: 'I am better than you because I "get" this film.' 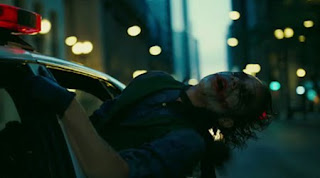 "Oh, the woe of not 'getting it' is no joke"
People - critics or audience members - 'not getting' a film doesn't necessarily mean they're wrong. (This is another, more significant, implied denotation of this phrase). Maybe they just didn't like it. Some people perhaps just don't want what Scott Pilgrim has to offer - could that be what it is? But it's all just reaction and counter-reaction anyway. If someone does 'get' a film - and they truly feel they understand that it's speaking directly to them (and in some cases they may feel it's speaking to them alone) - all it says is that they've been cleverly aimed at, nicely ensnared in the filmmakers' cross hairs; they match the most likely target viewer squarely. It's worked for them; they 'got it'. That's great. But it doesn't mean that those not 'getting it' are way off the mark. It's not concrete proof that the film was genuinely any good because of a single-line rebuttal to a response.

The phrase also implies, 'it's not for you: it's mine/ours - not yours.' It's a derivation of that old redundantly groan-worthy 'I claimed it first' tack. Oh, how dare a thirty- or even forty-, fifty- or sixty-something - even consider watching a film clearly aimed below their age bracket. Keep to your age zones, people. And good lord! you'd better tell all those critics who are paid to review the latest Pixar and Disney releases that they're sadly unqualified to do so, too. How does one decide that a film generally, loosely aimed at a twenty-something should only be written about by someone of an equivalent age to its generally, loosely intended audience? And how does one work that out anyway?

The whole thing is baffling, needless and beside the point in the act of film watching. It's far from a good enough reaction to someone's observations on a film. I know many sixty-year-olds who may very likely adore what Scott Pilgrim has to offer. Maybe a couple of, oh no, seventy-year-olds, too. If the over-thirty lot won't 'get it' then the septuagenarians are royally buggered. Stick to watching Ladies in Lavender Gran, and don't let me catch you putting The Dark Knight into your DVD player either! Older audiences may not totally relate to the game-heavy nostalgia - I don't either, and I'm a year younger than Scott Pilgrim's director, Edgar Wright - but that doesn't prevent anyone enjoying sharp comedy, engaging performances and directorial flair. 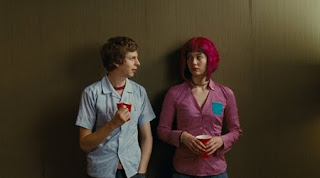 "Do you "get" it, red-haired girl?"
I've never thought whether I 'get' a film or not. How does one 'get' a film anyway? There's been many films which have contained passages or sequences that I may have not fully understood, but whether I 'get' it or not doesn't enter into it. I've never really cared if someone else didn't think the same way I did about a film I liked. It's a pleasurable feeling if and/or when somebody does, but no big deal if not. It's, of course, all merely preference and taste anyway. Like. Dislike. Yes. No. (And occasionally Hmm and Maybe.) It's that, and all the tricky complexities of unravelling a film's particular resonances and mysteries contained within the liking or disliking of a film. There are a thousand undecided feelings hidden beneath those nos and yeses which a 'you don't get it' could never verbally illustrate. The proof's in the watching, anyhow; and if further proof is needed, well, that's in the glorious variety of responses on offer from critics and audiences alike.

The whole 'you don't get it' thing surrounding Scott Pilgrim certainly does lose all credibility and reason faced with the knowledge that Edgar Wright is 36 years old. Surely if someone 'got' Scott Pilgrim it's him. Other than that, I don't get it.
Posted by Craig Bloomfield at 19:43