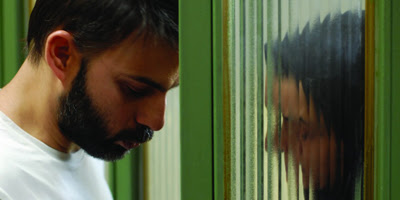 A Separation  Jodaeiye Nader az Simin (Asghar Farhadi/Iran123mins)
A rich and remarkable drama about two families – one well-off, the other scraping an existence together – living in contemporary Tehran, A Separation has the structure of a quietly unassuming mystery. Traversing its subtly multifaceted plot was like attempting to solve a perplexing, almost unanswerable puzzle to which we’re only half-shown most of the pieces. The separation of the title – a rift in the familial, religious and class dynamic of a couple, the carer they hire and both their families – was aroused by an initially straightforward yet ultimately devastating act; the narrative that spins off from the film's opening premise was entirely riveting. I could fully understand the widespread acclaim it received at festivals earlier in the year and, more recently, when it started to crop up on many people’s year-end lists. I concurred heartily after I saw it. It’s a fine polemic about social and gender issues within Iranian domestic life; and it’s an emotive, yet never overemotional, tale played with utmost integrity to its characters (check out that last group scene). Peyman Moadi as Nader, the fraught husband, and, in particular, Sareh Bayat as Razieh, the home help whose life is unalterably set off course by her involvement with his family, both gave devastatingly poignant performances. It’s a film about dubious fates and hidden facts – and the desperate people negotiating the often vast, and sometimes narrow, divisions between one another. Farhadi shows us that we should never be complacent about the matters that affect those within our closest quarters.
Posted by Craig Bloomfield at 07:42