Here are the 10 selections (plus another 10 honourable mentions) that make up what I thought were the very best male performances of 2012. 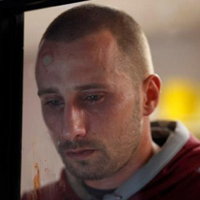 For: the unflinching and half-hidden damage of the role, all knotted up within a man adrift from the social norm. Ali's someone who hasn't found his way in the world the way most people do. Ali ram-raids both the characters’ lives and the film itself. He’s someone who has never been a slave to society’s rules. He’s a complex bulk of muscle and mistakes, a near impenetrable hard-case but with a weak spot glimpsed every so often. Schoenaerts treads effortlessly across the divide between guarded emotion and innate brutality. It’s a performance for the ages, I reckon. 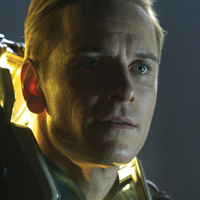 For: the control, the suaveness, the composure and the beautifully expressed physical strictures of the performance. Fassbender let the inherent maliciousness simmer just enough below David’s sheen of courtesy. He was a charming yet ominous act of barely concealed disdain for humanity and curiosity about humankind – deftly conveyed with the politeness of poison. A blink, a head tilt, a raised eyebrow or two, a playful nod to another David, Lean. Fassbender made a fascinating automated "man". 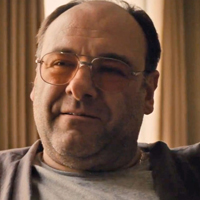 For: appropriately appearing to slouch through it in a booze-lashed fug, and for convincing with every pitiful lazy-eyed glance in Pitt’s direction, every resigned sigh (Mickey’s a man who deep down knows his lack of worth) and each bitterly slurred syllable – he growls his regrets like a sore-headed relic. Gandolfini successfully distils the very essence of sourness into one failed man’s personality and provided an unfortunate lifetime’s worth of oily perspiration in a mere two scenes. 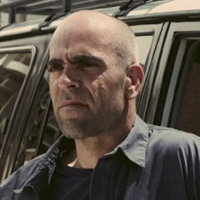 04.
Luis Tosar
Even the Rain

For: the sheer triumph of going from being one kind of man to entirely another through a series of tricky events, both political and personal. His Costa, a film producer who doesn’t do things the easy way, swerves cliché and arouses poignancy both by accident and design – particularly toward the end when his character selflessly comes into his own in innumerable crucial ways. 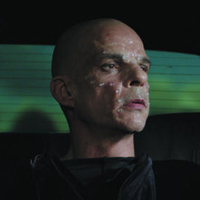 For: adding an uncanny theatrical sting to the grab bag of identities he ‘tried on’. The games he plays here – and his performances are games – are ridiculous, cruel, affecting and playfully unfathomable. Oscar was an experimental vessel, best not treated with too much logic. The beauty of watching Lavant here is seeing an actor go anywhere – and never being able to for one moment assume the subsequent directions. It’s the kind of performance that attempts to make novice film-watchers of us all. 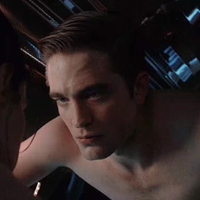 For: up-ending expectations as the bored-as-fuck billionaire playboy manipulating the world around him – and fighting back against the world manipulating him – from a slow-rolling tomb. And for slyly proving a wan (yet sparkly) vampire was just a launch pad, only one lucrative strand in his gradually expanding skill set. Pattinson overcame limitations that I – and likely many others – prematurely thought were insuperable for him. I enjoyed being wrong, tested and surprised every minute he was on screen in Cosmopolis. 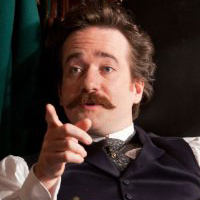 For: pilfering the film right from under everyone else’s noses. Macfadyen was the best thing in it (not counting the inventive set design and eye-delighting period threads). His Oblonsky was jaunty, daft, the most alive presence in the film. He loosened the film’s collar and lubricated its starched atmosphere. His crackpot charm was entirely winning; he worked both his lines and his moustache like a seasoned Tolstoy regular. I want an Oblonsky spin-off project, post haste! 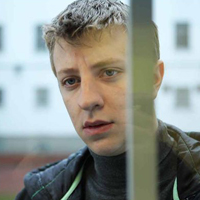 For: achieving the right level of insouciant blankness and harm befitting a young man penalised, wronged (and as a doer of wrong) and plagued by nagging questions all his life. Schubert’s Roman Kogler could almost be a lost Dardennes drifter – and the manner of his performance does recall the Belgian brothers’ work. He modifies his surly angst as the film goes on, turns it wholly into palpable expectation. It’s a small marvel of a performance. 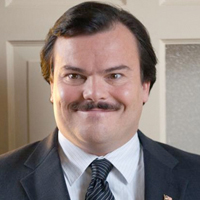 For: sly silliness well refined with acute skill. He had one eye on the daft side – as is Black’s wont – and the other on shifting our perception, just a jolt, of him as a straightforward comedy actor. He played Bernie with delicious abandon, ditching just enough of the usual Blackisms to make it reach further, somewhere new, but keeping the knack for fine ad lib firmly intact. The absurdly funny opening embalming scene was a particular highlight. 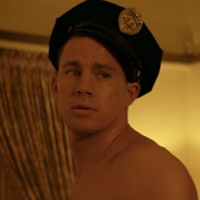 For: the casual charm, unfazed amiability and pitch-perfect dance moves. Tatum utilised some of his most readily-drawn-upon talents – and he used them incredibly well; he flipped and rippled his body quicker than a flag in the wind. Tatum knows how to swagger for the camera and you can almost discern a knowing smirk in each scene – but he holds it in check whilst making a merry display of body and personality.