Films I saw in September 2013. The format is: film title (English lang. and/or original language where required — occasionally a film's alternative title, too); director(s) and year; whether it's a rewatch; numerical grade out of 10 (all grading is subject to change, of course, and intended as merely a personal indicator/reminder). Titles in bold indicate that the film is, by and large, a 2013 UK first release or is eligible for year-end inclusion. Films are listed as seen chronologically, viewed from bottom to top.

The Terror Within (Thierry Notz/1989) 3
So much "lifted" from Alien(s) that the TDA should have a gander. Monster is clumsy, hilarious. Actors fret in jumpsuits. 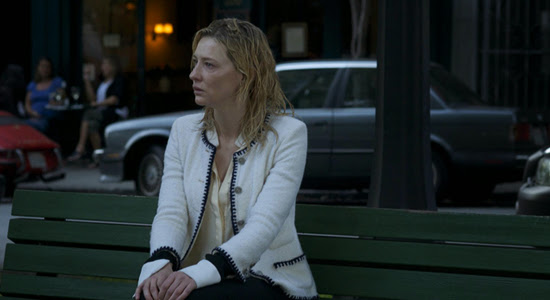 Blue Jasmine (Woody Allen/2013) 8
Short: (Dis)illusion(ment), blitzed etiquette, dimmed sheens. A scrutinous, mostly coherent look at failure and appearance. A+ acting. Blanchett, with each sad drift into the past and sharply-pitched line delivery, was ace. A manic jag of uneasy pain. Career best?

Long: Woody Allen likes illusion (Scoop, The Purple Rose of Cairo, Alice), and I think this is possibly his best examination of it — or, more precisely, disillusionment — so far. It's all about blitzed etiquette and dimmed sheens (and, alongside it, the slippery structure of class). Cate Blanchett, with every perfectly fussy and sad drift into Jasmine's past, and each sharply-pitched line delivery, was exemplary. Her manic jag was painful and awkward — and at times oddly cathartic — to watch, but she played it with sheer ease. It's probably the best work she's done yet. Also, Sally Hawkins, Andrew Dice Clay and Bobby Cannavale were excellent too. It doesn't perhaps achieve the full-on heights of many of Allen's older films, but it is a successful and coherent look at failure and appearances. He wasn't afraid to just get on with scrutinising his leading character's life, without the support of many gags, and offered his ideas on the subject of illusion, or lack of it, without excessive deliberation. It feels like him moving toward something quite new, in a small way, and is especially cheering after some recent solid clunkers. He's of course prolific, with wildly varying results, but I hope he moves further down this path.

The Silence / Das letzte Schweigen (Baran Bo Odar/2010) 5
Fitfully gripping, but the mystery thread is a dash too obvious. Characters are mostly sketchy. Felt like it was on autopilot. 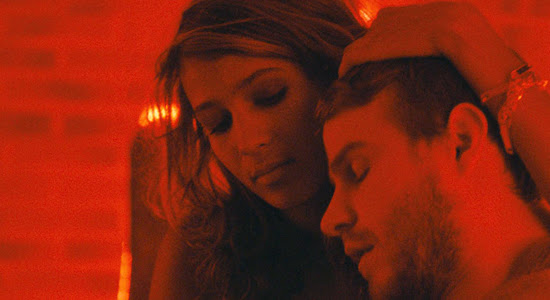 Simon Killer (Antonio Campos/2012) 5
Paced and structured with a chilly kind of verve, but it only starts to get compelling halfway in. Then it, er, runs dry of ideas. Brady Corbet can be very good, but his character's a flaky, dull blank and his neurosis was often funny when it should've been consuming. Much more interesting is Mati Diop, who is superb. I would've preferred more of her (better-defined) character's story over Corbet's, to be honest. It was a more satisfying film than Campos' Afterschool, though — less in strict awe of Haneke. Plus, the music and photography are generally splendid.

White House Down (Roland Emmerich/2013) 6
The height of daftness. All patriotic panic and anguished aides. C-Tat sweats. J-Foxx smirks. This and that explode. Some fun. I liked Jason Clarke most. He's clearly having a ball, snarling, shouting and shooting the place up, enjoying all the hokiness. There's a raft of risible lines and preposterous plot swerves, of course. Hard to take any given scene remotely seriously.Thankfully.

Movie 43 (various directors/2012) 2
Why are all these actors doing this? In fact, why did I watch this? Being a Julianne Moore completist meant sitting through it. But her segment wasn't even in it. It was a deleted extra. She lucked out. I didn't. Kate Winslet emerged unscathed. Griffin Dunne's segment was the most watchable. Everything else? It'd be nice to just forget about it.

Insidious: Chapter 2 (James Wan/2013) 5
A few nifty plot turns, but the lack of fresh ideas makes it often dull work. An unfortunate step down from the original. Byrne, Hershey and Shaye are sadly frittered for the most part. Wilson has some sly moments. Makers obviously (too) fond of Kubrick, Lynch, Craven.

Olympus Has Fallen (Antoine Fuqua/2013) 6
It was absurd, showy, ridiculous and often crass. But I'd be lying if I said I didn't enjoy the shit out of it. Leo was the one actor in it who added some emotion and weight to her character, giving a fiercely moving performance with limited screen time, and showing just how good she can be in anything. 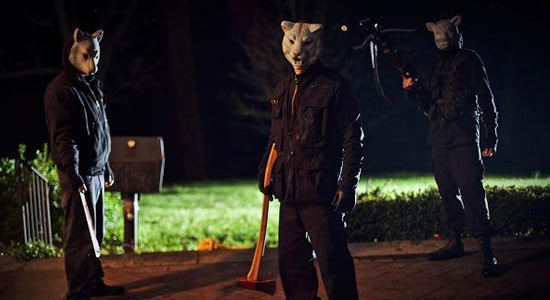 You're Next (Adam Wingard/2011) 5
Pretty good, but a tad overpraised? Not half as fresh or daring as reports said. Some iffy performances and dialogue. Vinson was great in a decent part; the real standout element of the film. She was operating on a slightly elevated level from the rest of it. But, for home-invasion horrors so far this year: Home Sweet Home > You're Next. By a mile. Also: scary animal masks = the new scary 'old potato sack' masks.

About Time (Richard Curtis/2013) 3Curtis does his 'thing'. Again. Pure fantasy; chiefly recognisible to a specific aspirational set. It reminded me of a Waitrose ad. Script's fudged by a lack of wit; in its place are flustered asides. A late scene struck a very sweet chord, but it wasn't enough by then. Nighy, MacAdams, Hollander and Duncan do what they do. Seen it all before. I was more intrigued by Lydia Wilson's (limited) supporting character/plot strand. It's innocuous, well-meaning candy, and its appeal will grab some folk, but the wall-to-wall Curtis-isms did absolute zip for me. If I can be crass, I'd say: one for the middle-class 'wank bank'.

Pain & Gain (Michael Bay/2013) 3
The Three Stooges pimped up by David LaChapelle. But without much fun. Clunky, ugly, shiny, vacant. Bay's empty vanity case. Although it was utter tosh, Johnson and Mackie put effort in, whilst Wahlberg does the same old routine (and Shalhoub did most of the hard graft.) It comes on like it has things to say (failed, wild American dream!), but there's zip to it. It's just Bay doing a sweaty Coen bros act.

Blood Runs Cold (Sonny Laguna/2011) 3
Overfamiliar frosty horror. Awkwardly direction and shoddy in terms of acting and dialogue. But some atmospheric moments stand out.
Posted by Craig Bloomfield at 13:45