Films I've seen in 2013 for April. The format is: film title (English lang. and/or original language where required -- occasionally a film's alternative title, too); director(s) and year; whether it's a rewatch; starred grade out of 5; numerical grade out of 10 (all grading is subject to change, of course, and intended as merely a personal indicator/reminder). Titles in bold indicate that the film is a 2013 UK first release. Films are listed seen chronologically (as viewed) from bottom to top. 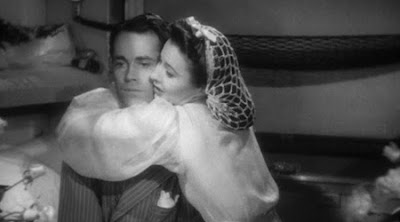 Life Without Principle (Johnnie To/2011) ***½ / 7
Money matters. Trio of plot strands mostly gel. Makes acute points on financial crisis. A more understated To movie. Sound and edit of a pen furiously crossing out a name (of a failed sale) to flicking notes on a money counter is genius.

Excision (Richard Bates Jr./2012) *** / 6
Very spiky, and has some provoking things to say about conformity. Nicely filmed, too, with some great performances (Lords esp good). After Dark Horse yesterday, it appears that Bates Jr. has made a better Todd Solondz film than Todd Solondz.

Dark Horse (Todd Solondz/2011) *½ / 3
Hate to do the old 'did they see the same film as me?', but having read near unanimous praise for Solondz's film, I'm guessing so. It doesn't seem to have a clear point. Solondz listlessly attacks his same-old concerns (*again*). It descends into weary disarray. Casting Christopher Walken and Mia Farrow in your film and frittering their talents on bland scenes and bare-shell characters is a waste. I didn't grasp any real critique or satire. What's the point of 85 minutes of dour characters going through the motions just, ya know, coz. Donna Murphy was very good, however.

The Paperboy (Lee Daniels/2011) *** / 6
A hotbed of mania. Scene after scene infused with cracked abandon. Enjoyably disjointed; cultishness beckons. Ripe as old fruit. It veers all over the place: score opts for melodrama; its shape, tone suggest noir; rest is up for debate. There's fun to be had. Great to see this cast unabashedly take hold of such material. All interact solidly; perfs. are confident. It's never boring. Love that genuinely odd/untidy commercial fare can still get through in a time of Tran$former$ and King's Speech-y awards bait. 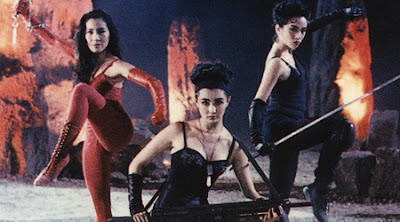 Evil Dead (Fede Alvarez/2013) **½ / 5
It grossly ambled by. A few icky high points, but it lacked any character (or good characters). Not great, but not hashed. Unsure why new it's gained more esteem? scrutiny? than other horror remakes. It's the same old thing, all told. Passable but prosaic.

The Place Beyond the Pines (Derek Cianfrance/2012) **** / 8
Crime and corruption circle the years. A broody melodrama with many peaks, a few flaws. Great direction, solid cast. Also, wonderful photography (all dour, inky), score (used well in choice scenes) and use of dissolves to urge the story forward.

Men in Black 3 (Barry Sonnenfeld/2012) **½ / 5
Diverting fun, mostly due to the general Jemaine Clement verbal daftness. Enjoyed the FX work on the aliens too.

Road (Alan Clarke/1987) ****½ / 9
Beer, bitterness, Be-Bop-A-Lula. '80s Britain conveyed as wry, angry street theatre. The characters are like end-of-the-world strays. Clarke's deft genius with his camera draws out the requisite spite and substance of Jim Cartwright's words. Performances are captivating. Scene in a derelict pub (with fire-breather, dancing, jugglers and sad glances) set to the entirety of Mel & Kim's Respectable is amazing. No one's doing now what Clarke did then, whether due to drive, funding, opportunity... His work deserves a comprehensive DVD release.

Extraterrestrial (Nacho Vigalondo/2011) **½ / 5
Very nicely directed and with fun perfs. It meanders here and there, but has a charming low-key vibe. Might've been better as a short.

Rise of the Zombies (Nick Lyon/2012) ** / 4
Cheap as chips and with a script that scrapes rock bottom. But if I said I was bored I'd be lying. Tinny, groan-worthy fun. 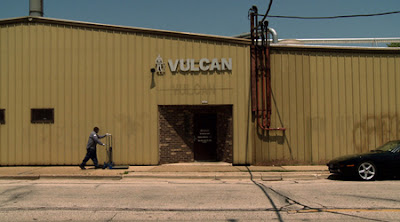 ParaNorman (Chris Butler, Sam Fell/2012) ***½ / 7
Nicely made and a joy to watch. It gleefully shows its love of horror history and rallies a big cheer for the put upon and different.

Dark Skies (Scott Stewart/2013) ** / 4
Another 'someone's in my house' effort. Efficiently made but as rote as day. Has the most depressive aura. Snores over scares.

Exiled (Johnnie To/2006) ****½ / 9
Bullets, regrets, beautifully-directed action. To turns Macau into the most strange, kinetic and moving Spaghetti Western yet made.

Storage 24 (Johannes Roberts/2012) *** / 6
Follows a well-worn path, but enjoyable all the same. Larfs were stingy, but well delivered when they came. Nice alien FX work.

Spring Breakers (Harmony Korine/2012) *½ / 3
Skirts satire, nudges toward parody, embraces... boredom. About as subversive as a pair of slippers. Not sure if it works. "A neon riot!" "A nightmare masterpiece!" "A kinetic thrill-ride!" -- I've had pins and needles that were more electrifying. Intentional parody or not, the voiceovers were dull and draining on the ear. In fact, the tannoy announcements at my local branch of Tesco were more interesting than the voiceovers in Spring Breakers.

Vengeance (Johnnie To/2009) **** / 8
An exploration of the complicated patterns of revenge. Epic absurdity amid the grand gunplay. To on wonderful, wayward form. He uses glorious pause to create finesse in his shootouts. One, played to the rhythm of clouds passing across the moon, is grand; another, set in a windswept junkyard, with characters heaving cubed stacks of recycled paper along as barriers, is sheer astounding. 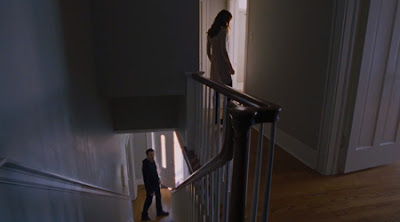 To the Wonder (Terence Malick/2012) **** / 8
Malick scribbling the brightest, most heart-rending love doodles. All staccato stitching & piecemeal impressions. Fine work. (I say this as someone who wasn't esp. taken with The Tree of Life: that looked back, away; To the Wonder looks to now and more closely at people.) Lack of "performance" wasn't an issue. I took a lot from who these people were from what was given in Tezzer's slight slices. Scenes with Bardem were perhaps most affecting. Visual rhyming in the editing was splendid. Lubezki's photography was terrific as per usual.

In Another Country (Hong Sang-soo/2012) *** / 6
Film as a playful reverie. Hong Sang-soo and Huppert go all out on the awkward/funny. Delightful, but gets a bit wisplike.

Sister (Ursula Meier/2012) ***½ / 7
Fine, polished work all round. Stark but emotive and visually very fresh. Slightly baggy at times, but Meier has a solid directorial voice. Standout photography - no surprise as it was shot by Claire Denis regular Agnès Godard. Shades of The Kid with a Bike and Breathing to the plot.

Mad Detective (Johnnie To/2007) ***½ / 7
As wilfully playful as it is absurd. The control To and Ka-Fai exert is guided by the joy of a genre they've ably twisted here. 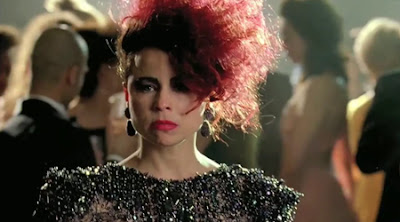 Laurence Anyways (Xavier Dolan/2012) **** / 8
This is why I give a director a third (or fourth, fifth...) shot. I Killed My Mother and Heartbeats did zero for me, but this is sublime drama. The weaving of moving character study and romance is often remarkable. Put me in mind of the likes of Head-On, Rust and Bone. The overflow of style worked wonders and was backed up with rounded, fascinating characters. Poupaud and Clément were marvelous. Wondered initially if at 161m it was a touch overlong, but it couldn't have done with any scenes featuring either lead trimmed.

The Mission (Johnnie To/1999) **** / 8
Fluent crime games. Streamlined plot maxed to the hilt with wonderfully showy shootouts. To's compositions made me beam.