So here are my 10 selections for the best films of 2010. Well, it's eleven really, isn't it? (Two Wiseman films jointly took third place - they went perfectly together.) But who's really counting. It's taken its time, but it was nice to spend more time thinking about these films. (Although I did construct this list of eleven films roughly two months ago.) They operated within the highest positions in their fields and made me take full, proper and enjoyably excited notice of their singular attributes. In short: I liked them far more than any others last year. Obviously. I didn't see everything - and certainly less than over the last two years - but I did manage to see a fair few more than I would have expected this time twelve months ago. It was a solid year in cinema. Not the most abundantly fruitful, all told, but full of variable treats. One or two films, however, perhaps came close to perfection. But we'll see - these things are prone to change, aren't they? As always, the selections come from films released between January 1st and December 31st 2010. 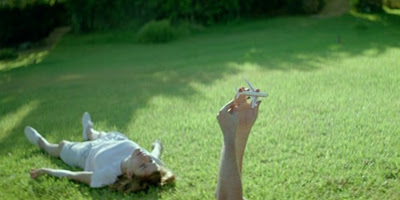 Because: Let's get this right: Dogtooth is a unique little one-off. I was tickled that its very existence seemed to divide people. Confounding, bizarre at heart movies should do that sometimes. That an abstruse and uneasily unfathomable film about the family unit (albeit a very messed up and problematic family unit, but a family unit all the same) could be made in such a self-consciously cunning and precise way and still explore deeper, and often troubling, human desires and complexities - from a particularly punishing viewpoint to boot - challenges our boundaries of viewership is a good thing, no? There was a cruel yet ridiculous streak cutting through the arty bleakness here. So a black comedy of (t)errors it is - one with many family problems in its sealed-off environs. And a horror-drama of the most oblique kind, made to skew our sense of arthouse filmmaking comfort. Sounds like ideal viewing to me. Because: From the outside in – or, indeed, from its outset - Carlos might feel like one of those prescribed good-for-you world cinema pills (although it’s more vital than that), but the 5½ hour version is the one to watch; the added visual mileage gives the saga of Carlos the Jackal - through the womanising, the radicalisation and the years of turmoil and terrorism - some heft and backbone, despite its loosely threaded, meandering narrative arc. It actually zips by with pulse-shifting fervour. (It’s essentially a three-parter, originally shown on French television.) I saw it in its three neatly divided sections, as it was intended. It had a monumental intrigue to it, plenty of cracking drama and some of the most precise and beautifully lustrous cinematography of last year. Without diving too headlong into the bigger picture right now – and all the contentious ins and outs the plot contains – Carlos was splendidly ambitious cinematic bravado. It stays with you for a long time after it has blitzed the nerves and the eyeballs with decades-worth of tumultuous imagery.

08. The Kids Are All Right Lisa Cholodenko (USA) 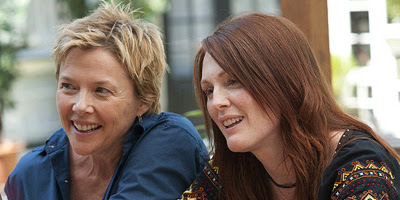 Because: Despite the obvious bias for me (being a long-time Julianne Moore fan), there was still a vast and assorted grab bag of hugely likeable elements to The Kids Are All Right: Annette Bening gave a career-best performance; the locations used were appealingly fresh and lit with immense flair; the narrative was expertly constructed – each scene very delicately dovetailed with the next - and the script was all-round solid and deftly balanced – Cholodenko and Stuart Blumberg got the humour/drama quotient perfectly right: it was perfectly human. It felt as drowsily effortless as a spare day and as lived-in as a favourite shirt. And it came from a sincere and earthy place. The fact that it’s an easy film to like, nay love, makes the prospect of many more future viewings delectable. 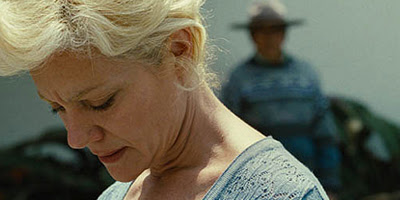 Because: Martel may have taken elements of genre filmmaking (a mystery, a thriller - a thrilling mystery) and dissected and removed the key parts as if she were a keen surgeon. But she still managed to intrigue and surprise me every uncertain step of the way regardless. Her beautiful, complex film inspired much perplexed brow-furrowing in the process. A fetid and strangely alluring film, it was a mystery in constant flux – is Veronica (María Onetto) doomed to play out her guilt trip indefinitely? – and, in ways, unanswerable: Martel wants us to ponder the bigger picture through a blurred, minor event. She provides enough clues as to the purpose of her film, but elusively drip-feeds us with meagre contextualisation. It was a great 'head film', in every respect. And don’t forget the tender, high-textured imagery of hair and clothing throughout! It’s filled with such wonderful detail. Good advice is: don’t take your eyes off the screen for a moment. The only downside? Sadly there weren't any technically headless ladies on show. But as far as 'what the fuck?' movies go, it's a corker. A baffling, skewed, illogical and stunningly photographed corker. 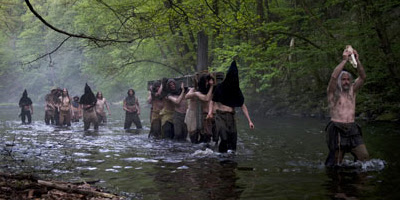 Because: Christopher Smith is one of the most interesting horror/thriller directors working in the UK today. I’ve seen all four of his films so far; each one has been better than the last; all have been entertaining and curious affairs, cohesively made. There’s a solid, dependable sense of hard graft and perceptible passion for the job to the way Smith’s films come across. He knows his beans and dishes up a fine and grisly stew each time. There’s little fuss and zero nonsense. Black Death is a great distillation of his talents so far. A film with plenty of rotten zeal, hectic verve and a dark point to make - not just about 1348's England and the Pestilence, but about fanaticism full stop. I’d be highly inclined to leave wailing at the wayside any negative commentary anyone had to say about it. It’s better than what many genre film naysayers know. Plus, the casting is great, vital to its enjoyable impact even, and it has some salty dialogue and skin-pummelling scenes of raucous horror. Smith’s gradually eking a prime place for himself in British filmmaking. So... all ye lovers of slyly gruesome films, get thee to this plague-and-witchcraft film post haste! 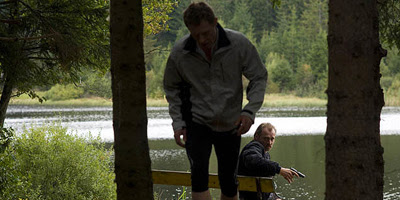 Because: Revanche did what a skillful, thought-provoking genre film does best: deliver a sharp, compelling tale with high intrigue and A-grade entertainment factor. It’s a tragic drama shot through with moody heartache. Its structure is twofold: it sets up a classic narrative dilemma, and then plays it out. It questions whether the philosophy of ‘an eye for an eye’ actually works under scrutiny of the finer details. Lone non-hero Alex (Johannes Krisch) gets out from the seedy security business then gets back at the (accidental) resulting incident that tore his world in two; who he gets revenge on, and what for, are at the film’s psychologically muddied yet formally uncomplicated centre. I’ve heard a few ‘like Michael Haneke’ mumbles in regard to Revanche. Presently, Haneke could only wish he made a film so unlaboured and lacking blunt, this-is-serious-art-film speechifying. Austrian cinema has a another bold voice in Spielman. I wish he made films with more fervent regularity. Tricksy little numbers like Revanche are to be treasured. 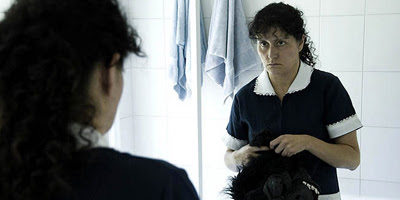 Because: As I’d mentioned in my top female acting post The Maid was the first – or at least most apparent - film where a periphery character I usually want to see more from is placed front and centre and given a voice, a full life and comes shaded with complexity. In many other films Raquel (the excellent Catalina Saavedra) would be seen or heard: either a voice off camera or a silent, bustling background presence (one of Veronica from The Headless Woman’s many “helpers” perhaps?). Silva’s emotionally resonant and immensely layered film skips along with utmost confidence. It’s apparent early on how much he loves Raquel, how knowledgeable he is of her world. He knows his angle well and mines it splendidly for all its worth. He also knows not to make things sentimental. There are several scenes that almost break your heart for the elegant underplaying of them. (Raquel trying on the gorilla mask, above, a having a wry smile to herself, being chief among them.) The Maid is a unique little gem. It should be seen by anyone who sees a seemingly superfluous character in a movie and thinks: I wonder what their life is like? 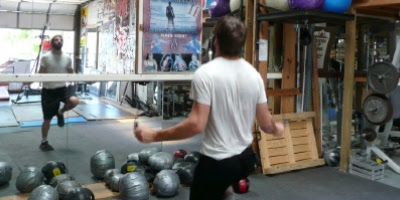 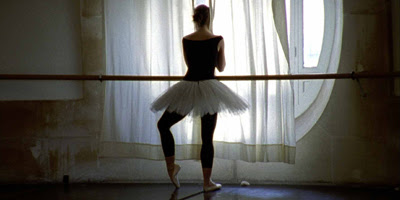 Because: Wiseman is as much a film artist as any fiction filmmaker, and is often (quite rightly, in my view) held up as such. As ever, his mastery of the form is vitally apparent in both films here - especially Boxing Gym, which perhaps just takes the edge by being the more concise study. (Although La Danse perhaps contains many more beautifully frank and variably illustrative images.) Wiseman, with his signature visual dexterity, acutely captures key moments and exchanges which reach far beyond the activity at hand to reveal insights into contemporary French and American institutions big (the Paris Ballet Opera) and small (Lord's Gym, Texas). Boxing Gym made me wholly curious about each of its member’s histories and their everyday lives; La Danse gave me a fresh angle on an art form I'd perhaps previously underappreciated. In short: in good ways - the best ways - Wiseman made me think about two ways of life. A great double-bill. (More on Boxing Gym) Because: Bong Joon-ho was on form from the off: he started to spin a few quality plates as soon as Mother started. Not just with his accomplished direction, but in the writing, acting (Kim was my female performance of the year; everyone else was just as splendid) and all technical aspects. He added a few more plates until, gradually but surely, he was in total control of what I initially thought might be too many darn, pesky plates to handle. But then, by the time the denouement was well in range, he spun a few more. The clever man. But that’s enough silly plate-spinning analogies. Bong upheld and sustained a filmmaking marvel. He excelled at the kind of often immeasurable – and unfathomably effortless and intricate – filmmaking detail that only come about via the hand of a truly seasoned film artist. Bong's someone who knows how to startle and entertain, often in the same split second. He's a consummately knowing (but never smug) and deft creative, in full control of his medium. It’s curious and baffling (to my eyes and ears) that Mother danced around the periphery of many people’s 2010 top lists, when it was clearly a dark wonder deserving high accolades. 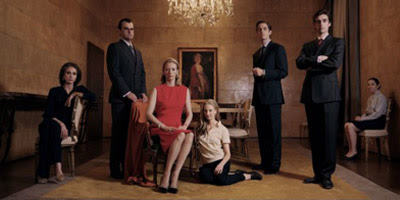 Because: After one watch I was certain that I Am Love is destined to be a film to be long cherished. Those who have seen and enjoyed its bold elegance and fragrant flourish know that's all true. It's full to the brim - occasionally overflowing - with a wondrous level of cinematic substance (emotional and aesthetic, passionate and visually skilled) of the kind that doesn't come along all too often. It's a personal hymn to Italian cinema, a bold exploration of freeing oneself from imposed societal limits (and denunciation of constraining responsibility) and an open letter to all those that crave that little bit more... unbridled beauty in cinema, however florid or full of overblown evocation. It's a cryptically mysterious melodrama and an all-sirens-blazing celebration of love. But more than all that: I Am Love is a film that feels truly alive to sensory experience. And it's the best film of the year.  (More on I Am Love)
Posted by Craig Bloomfield at 22:48