This week my "Take Three" column (every Sunday, three write-ups on three performances in a supporting/character actor's career) over at The Film Experience features Boris Karloff in The Mummy, Black Sabbath and Frankenstein & Bride of Frankenstein. (So, it's essentially a Take Four.) 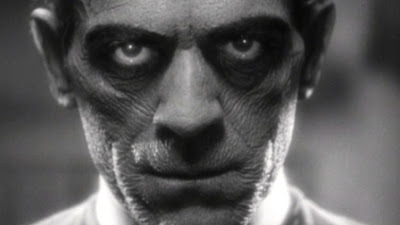 Take One: The Mummy (1931) Always the consummate character actor, Karloff gave us the most splendidly memorable characters. Famously one of the world’s biggest and best horror icons (along with Lugosi, Chaney Jr., Price and Lee, the frightful five), he played his beasts, ghouls and undead wanderers in exemplary fashion. Take his Imhotep/Ardath Bey, the titular bandaged one in director-cinematographer Karl Freund’s 1931 classic The Mummy. Ten years after being awakened by a group of foolhardy archaeologists Imhotep intends to revive his ancient Egyptian love Princess Ankh-es-en-amon with the help of reluctant modern-day babe Zita Johann...

Read the rest here
Posted by Craig Bloomfield at 10:33