Dark Eye Archive: Harmony gets his freak on for JULIEN DONKEY-BOY (1999)

Another post in this semi-regular series of randomly selected posts on older films (some quite old, some very old, some not that old) that I've written about previously elsewhere, or had sitting dormant in the 'unfinished' pile, but have added further/new thoughts on for the sake of reproducing them here. (In some cases some much-needed judicious editing has occurred, too.) I've called it Dark Eye Archive because it sounds about right - and it was marginally better than the pun-happy Archive Socket. 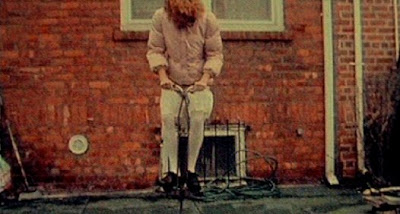 Harmony Korine is a funny guy. Funny peculiar and, to a lesser degree, funny ha-ha: his all-round generally odd-meets-jovial demeanor forms a large part of his outsider(ish) pride in all things peripheral, subversive. His second film, Julien Donkey-Boy, picks up on similar themes and characters which drifted through his 1998 debut, Gummo, and his side projects, particularly his scattershot fiction-in-bite-sized-entries book, 'A Crack Up at the Race Riots'. Awkward outcasts, illogical actions and unvarnished (the best word for it) camerawork - courtesy of the Dogme95 manifesto lent to Korine by von Trier and co. for this project - hemmed within often largely unseen and under-explored American environs are what he does best. It’s what he does full stop. 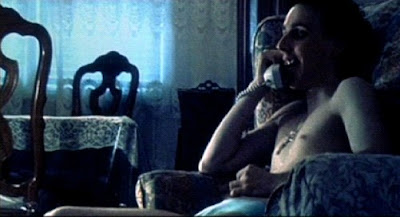 Korine’s characters always appear as if the given actor portraying them is channelling first a psychiatric patient, then a Vaudeville act. It’s most likely the effect of Korine’s particular instruction; his directorial style seems to be eternally inspired by, alternately, Charles Manson and Baby Jane Hudson. Beacons flash around the film suggesting that it's all simply a laugh riot, suggesting these misfit-types are ripe for ridicule – either by Korine himself, playfully and lovingly, or a particularly impatient or unforgiving audience, unsparingly – but the folks on show aren't treated like token freaks at any point; Korine appears to be firmly reiterating in the back of his mind Tod Browning’s Freaks gang's chant, “One of us! One of us!” Korine revels in their world too adoringly, too immersively for lazy mockery. By association or sheer indulgence he’s part of that world. He looks to his characters for ways to answer questions the world throws at him. 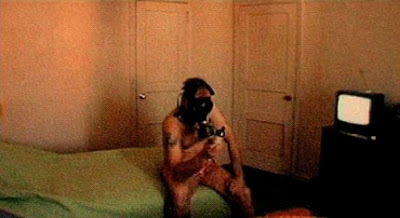 The family are shown with both tenderness and harshness – but they're always absurd. Illuminating tidbits arise almost spontaneously (a sign of the Dogme95 restrictions/freedoms working well?). Little ragged truths emerge in the briefest of moments and in the merest of details: a held glance, an instance of silent contemplation, or a cut-away to a part of the family's house, either to identify them in their surroundings or, perhaps, for no particular reason other than pure aesthetic value. But some things simply work; and other things seem outlandish for the sake of it. Maybe Korine felt that he needed to heighten the 'strange' quotient at opportune moments, for fear of not being regarded as subversive enough: Werner Herzog in a gas-mask, the younger brother's constant training up and down the stairway, the surreal party balloon acts and so on. Although these things, if taken as flip directorial tics, can feel like jarring immaterial flourishes, they also create a sense of imaginative yet filthy whimsy that nicely offsets other, more mundane moments elsewhere in the film. 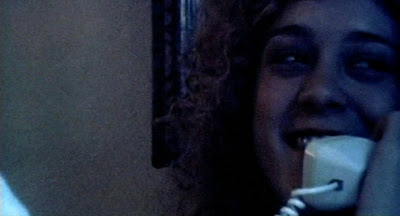 There's one scene in particular, where Korine's raggedy filmmaking showmanship comes into its own; it's a moment when the absurd and the heartfelt collide. Ewen Bremner, as Julien, and Chloe Sevigny, as his sister Pearl, are having a telephone conversation in different rooms within the same house. Julien (possibly feigning insanity, probably believing in miracles) thinks that Pearl is actually their mother calling him from beyond the grave. Pearl plays along to placate him. It’s an emotionally cruel, but ultimately thoughtful, privately sweet-natured act on Pearl’s behalf. However the scene is intended, the strange blend of cringe-worthy desperation and tender affection on display is curiously memorable. These characters (thanks to unguarded, lopsided work from Bremner and Sevigny) appear to mean every baffling, aching word. Who knows what bizarre truths hide in the cracked hearts of other people?

Photos are from www.harmony-korine.com
Posted by Craig Bloomfield at 17:28