At the Cinema: Super 8 - Secondhand Cinema of the Purest Kind 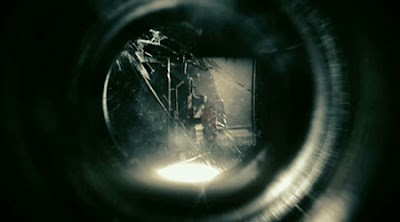 *Some key plot points are revealed below*

If imitation is the sincerest form of flattery then J.J. Abrams is a shape-shifting spokesman for the joys of Steven Spielberg. Watching Super 8 – Abrams’ new film, about a bunch of movie-loving kids who discover something alien in small-town suburban America circa 1979 – I was reminded how fond I am of some of Spielberg’s (who co-produces) most beloved movies, but was rarely enthralled or even aware of Abram’s own cinematic voice; and more often than not I wished that Abrams could have spoken for himself. That Super 8 acts as homage to Spielberg and his core movie values as much – and, ultimately, far more extensively – as it plays out as a narrative of its own has already been mentioned. And how could it not: it’s all right there, front and centre, every other moment a sly borrow from Steve’s jar of filmic goodies. But it seems to evoke him almost automatically and without much in the way of crucial thought as to what made his cinema truly memorable.

As a director, with the likes of Close Encounters of the Third Kind and E.T. (and with his producer and/or writer hat on, with Poltergeist, Twilight Zone: The Movie, Gremlins, The Goonies etc), it could be said that Spielberg was very likely arousing memories of events from his youth – or evoking memories of the idea of an/his idealised youth – to be worked into his fictions on screen – but then setting these blockbuster recollections in the then present day (late ‘70s-early ‘80s) to be able to commercially relate and communicate to then current audiences. Abrams appears, here, to be arousing the borrowed (fictional) youth of early Spielberg protagonists, of films he may well have seen when he was a teen, and regurgitating the best characters, and visual and narrative traits, into a smooth Spielbergian paste with which to coat his contemporary screen. He’s setting his story not in his present day, but in the past when he was, on this evidence, quite likely a young Spielberg fan. Was Abrams’ childhood a youth of watching hit movies, like (as, has been widely reported) Quentin Tarantino’s was? 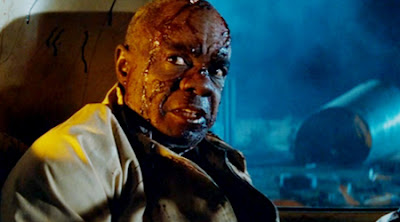 As is clear from numerous films, documentaries and music videos, 8mm is the image format that arouses nostalgia the most, used as it is as easy visual shorthand for sad reflection and remembrance of better times (usually featuring jittery, sped-up imagery of loved ones mucking about on beaches and in gardens). Abrams is clearly intending the overriding message to be one of fond and glowing recollection, tinted with melancholy. He uses 8mm in the film at opportune moments to cement the use of his title: the kids are making a homemade zombie movie using it, they watch illicit grainy 8mm military footage of fill-in backstory and young protagonist Joe (Joel Courtney) remembers his recently-deceased mother watching old 8mm reels in his bedroom. (The kids’ first glimpse of the monster comes via the format too.) It’s the one unifying element which stands in as both narrative diversion and tool for yearning.

Obviously there’s of course nothing wrong with evoking your own or anyone else’s youths on screen, but Super 8 is the lazy product – like, perhaps, one or two Tarantino movies – of a filmmaker directly charting their experiences via the fictional representations of the experiences of someone else, someone they idolise for their vastly effective output. If there is definite correlation between the filmmakers’ experiences, or an assimilation of them, then fine. But here, in copycatting a knowing Spielberg so wantonly, there’s a hugely identifiable set of cinematic codes through which Abrams outlays his tale to a contemporary audience. With fresh filmmaking talent, shouldn't it be out with the old, in with the new? We’ve had the he's-directed-twenty-nine-films Spielberg take, but not yet the he's-only-directed-three-films-so-far Abram’s? 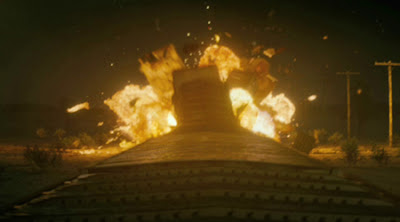 Like the Frankenstein’s Monster’s mask seen in Joe’s bedroom, Abrams takes the monster scenario at face value; he includes one as his key plot mechanism, but also creates in the movie itself a patchwork beast out of choice pieces from old Spielberg movies. The truck by the train tracks (Close Encounters), the band of mismatched kids (The Goonies, E.T.), the threat of an unseen menace (Jaws, Jurassic Park), the attack on/escape from the stranded vehicle (both his Jurassic Parks, Jaws), the intensely warm yet imperfect focus on a idealised ‘50s-inspired community (almost everything) and so on. He gathers together these favoured fragments and stitches them into a seamless and very well-assembled and -executed whole. It’s alive! But it feels as if it’s a creative enterprise that, whilst not entirely beyond Abram’s creative abilities, shows up his short-term lack of cinematic identity. (Does Abrams see Spielberg as a brand that he can put his stamp on, can tick off his cinematic to-do list, like he has with the Star Trek and Mission: Impossible franchises?)

The monster wants to go home because E.T. wanted to go home; Joe wants the girl (Elle Fanning) because Elliot wanted the girl; and the cop dad (Kyle Chandler) struggles in similar ways to Chief Brody and Roy Neary because that’s... just the way it goes. However, none of this really means anything remotely emotionally engaging; this story doesn’t form its own concrete world solidly or evocatively enough. I did, however, find myself casting my mind back (because the golden-hued pull of nostalgia is so vividly conjured up, so competently and artistically conveyed) to Brody, Elliot and E.T.’s various ups and downs. I wish I had more feeling for these Super 8 kids, their families and interstellar visitors between them, but as much as it’s a conduit to past adventures, Abram’s loaded nostalgia also works as a barrier to any current narrative connectivity. The characters are, I’m sad to say, like imposed-upon celluloid automatons translating a pre-arranged set of actions. 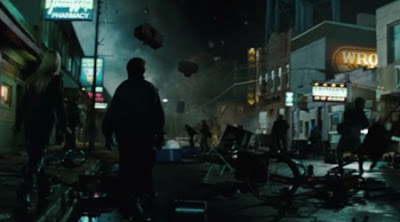 Abrams wants the alien, the “otherness” in Super 8, to be the invading/interloping creatures in Jaws and E.T. rolled into one: his monster is barely glimpsed and hostile (it also eats the townsfolk); but, by the end, and through some kind of suggested psychic connection, it responds to human empathy and – after it merely, er, breathes on Joe as it holds him aloft – then benignly vacates the planet (via makeshift spaceship/water-tower combo) watched by the town’s mournful inhabitants. It doesn’t wash either logically or narratively and the largely unearned emotive pay-off feels far too hasty and much too hollow for what we’re, I’m guessing, supposed to be feeling. Super 8 is second-hand cinema of the purest kind which works well enough on an empty level, but it’s essentially a replastering job, a slapping-on of dazzling conceits over an accepted preset cinematic formula.

The acting is overall very good, especially the young cast, and the technical aspects are duly spot-on: the best talent befit key cast positions with ease and little expense is spared to make every frame a suitably shimmering, blockbusting treasure. It loses steam way before it should and some of the best bits feel familiar from television (Eerie, Indiana – a small screen blend of Spielberg and Twin Peaks) as much as they do cinema (the subterranean finale is a late grim sidestep, although it was done with more flair in the 2009 sci-fi comedy Infestation). 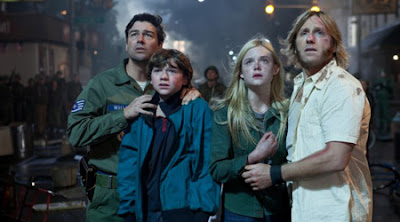 At once, and in plain sight, Abrams is both tugging at and riding on Spielberg’s coattails; as well as being produced by the king of commercial cinema, Super 8 is released through his Amblin’ company, so it’s clear that he fully endorses the movie – and is, indeed, part of it. But because of just how extensive the mimicry goes, and how thoroughly Spielbergian it all is, this is the filmmaking equivalent of someone profusely chattering about how monolithically amazing their idol is whilst their idol is in the room. It’s surely a very grand (and lucrative) exhibition of feelings for them both, but I’m not sure it’s a conversation that actually we needed to hear. But Star Trek 2 and Jurassic Park IV separately? I’m all ears.
Posted by Craig Bloomfield at 20:34