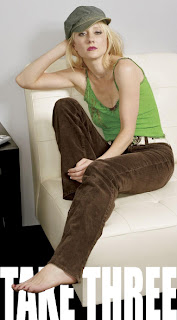 Over at The Film Experience I've written up a quick wrap-up entry for the third and final run of my ‘Take Three’ column, the weekly series that looked at three notable performances from a supporting or character actor's career. (Click on the actors’ names for their respective Takes.)

It’s perhaps fitting that last week’s Take Three featured Brad Dourif as, when the idea for the series was first mooted, Dourif was the first actor who entered my mind. It’s odd perhaps that I left him so long, but I’m glad he was included in the end. I was also glad to include a quintet of actors – bigger names, well versed in veering between lead and character actor roles – who have vast and interesting careers under their belts: Christopher Walken (one of Seven Psychopaths due in cinemas soon), John Hurt, Tommy Lee Jones (currently sexing it up with Streep in Hope Springs), Danny DeVito and Chris Cooper. Series 3 started off with one of today’s best, Melissa Leo (receiving acclaim this week for her role as Francine); she was closely followed by another, Anne Heche...

Read the rest here
Posted by Craig Bloomfield at 22:27