Films I saw in May 2013. The format is: film title (English lang. and/or original language where required -- occasionally a film's alternative title, too); director(s) and year; whether it's a rewatch; numerical grade out of 10 (all grading is subject to change, of course, and intended as merely a personal indicator/reminder). Titles in bold indicate that the film is, by and large, a 2013 UK first release or is eligible for year-end inclusion. Films are listed seen chronologically (as viewed) from bottom to top.


East of Eden (Elia Kazan/1955) 8
A beautiful film about mournful, cruel, wonderful, desperate people. Faultless cast. Dean's alive, searching eyes are the key. (And the sheer exquisite craftsmanship of Elia Kazan's compositions.) Elia Kazan + Jo Van Fleet = sublime, fierce, soulful, harmonious (see also: Wild River). Wondrous first meeting between Dean and Van Fleet is at Eden's core: a mother-son relationship is defined, refined and glibly cemented in 10-or-so minutes. Dean as Cal: "You're a businesswoman, ain't ya?" Van Fleet as Kate: "One of the best, son." Innate connection via sass talk says far more than any 'sorry' or 'I love you'. Dean's best performance: all full-strength magnetism and playful looseness. More definitive than Rebel without a Cause. More open then Giant.

The Hangover Part III (Todd Phillips/2013) 2
Gags shouldn't end in silent, flat, awkward ellipses... But the ones in this do. Practically all of 'em. It's actually quite baffling. There's no boom mic gaffes, but you can see a producer's hand in each shot waving a document with 'Contractual Obligation' on it. It isn't quite as bad as Part II, but then that's like saying a puke sandwich isn't quite as bad as a shit sandwich. OK, there are 7 funny words over 100 minutes of script. Also: 15 yawns, 6 eye-rolls and 27 time-checks. (But that was just me.)

Gregory Crewdson: Brief Encounters (Ben Shapiro/2012) 6
A few nice insights into GC's methods, if a dash perfunctory in its execution. Great to see his process. Neighbouring Sounds / O som ao redor (Kleber Mendonça Filho/2012) 8
Sounds of social spaces. Crisply composed, allusive as all hell and suffused with an eerie calm. Bold, riveting filmmaking. Reckon it's one of the best films of the year so far. Still early days, but it might even currently snag the top spot. Also, the sparsely used music was fantastic. Particularly this: Setúbal by DJ Dolores.

Gimme the Loot (Adam Leon/2012) 7
A charming, warm-hearted mini marvel. Coasts along in fine, refreshing style. One of the year's most pleasurable films so far. Tashiana Washington and Ty Hickson are endearing, unaffected and smart as the leads.

The Moth Diaries (Mary Harron/2012) 4
It gets by on the barest minimum of scenes. Has Olympic level leaps and jumps in narrative. No one seems to care. Oh, Harron. Lily Cole sports caterpillar-like eyebrows (which, incidentally, give the best performance). Unfortunately they don't turn into moths. There's such a dearth of learning and so many "mysterious accidents" at the school in The Moth Diaries that it'd be fucked in an Ofsted visit. DISCLAIMER: no actual moths wrote no actual diaries in the making of this film.

Dragon / Wu Axia (Peter Chan/2011) 6
Lively plot, slick direction. It gets to it in style. Crafted with a sense of mirth. Handful of solid fight scenes are swift, kinetic delights. Takeshi Kaneshiro works it like a sad and sexy Poirot and Donnie Yen creates a world of wonders with a sly smirk and a lack of gravity.

To Rome with Love (Woody Allen/2012) 2
A dull, overlong mess. Awful. Woody, it's time to give up these tourist board romance doodles and have a break of your own. It has maybe three gags? The rest is leftovers. Botched editing, a slipshod tone and directionless actors make it hard, tiring work. Parts were smug, others egregious. But mostly it was baffling, strained and repetitive. One of Woody's absolute worst, sadly.

Mud (Jeff Nichols/2012) 6 Full review
Conjures a wistful tone with a near tangible sense of place. Grime and regret are evoked well, but the plot peters out. Solidly shot and acted. 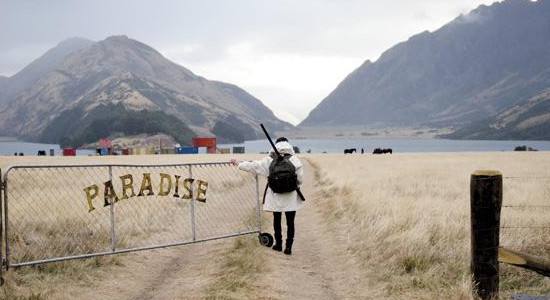 Top of the Lake

Top of the Lake (Jane Campion, Garth Davis/2013) 8
Top of the Lake properly put through the wringer. Brilliant, compulsive storytelling. Grim, gripping, smart. Jane Campion's (along with co-director Garth Davis and co-writer Gerard Lee) deft handling of the plot maximised character, tension, mystery. Over its 5¾ hours there's an abundance of solidly written female characters; all of them are fascinating in a multitude of ways. Elisabeth Moss is spectacular in the lead. One of the best performances I've seen this year. Great to see Geneviève Lemon (Sweetie) back working with Campion again too. I'd probably rank Top of the Lake up there with Bright Star, Sweetie and An Angel At My Table as one of Campion's best.

Shadow Dancer (James Marsh/2012) 5
Full of simmering tension and restraint, but oddly slight. Admirable, but rarely fierce or gripping. Riseborough is very good. The very best thing about it, though, is DP Rob Hardy. Amazing work; no surprise, he did Boy A, Whistle and I'll Come to You and Red Riding 1974.

Star Trek Into Darkness (J.J. Abrams/2013) 6
A fun barrage of charm, shiny surfaces and ballistic action. Rapidly put together and well played. I think, at this early stage, I may have enjoyed it more than the 2009 film. Orally, Cumberbatch was amazing. He has one of the most captivating, watchable mouths in film; his diction and delivery were splendid. He was the all-round standout in the cast; I was mesmerised watching his scenes. Rest of cast were good, all working to their strengths. Lens flare overload in 3D does play havoc with your eyebags, however. Restraint, Jeffrey Jacob Abrams! Less is more!

Price Check (Michael Walker/2012) 7
Decent drama; even better comedy. Parker Posey does career best work. She fully nails every manic aspect. It's her Young Adult. (Seeing Parker Posey rule here points to just how wrong the makers of Superman Returns were for not casting her as Lois Lane. And she was right there in the cast already.)

House at the End of the Street (Mark Tonderai/2012) 3
Starts well enough, but collapses into iffy plotting, baffling character motivation and tried and tested ideas. Yawn. It really required a plot revamp. Too much familiarity; same-old set-up and scares. Tonderai did more with less on debut Hush.

A Bag of Hammers (Brian Crano/2011) 8
Amiable, very funny and with some incredibly moving moments. Made with a great perception of life. It's a real heartfelt gem. The assured subtlety of the filmmaking is a joy. Great performances from all the cast.

Shark Week (Christopher Ray/2012) 3
I'm glad I watched it, mainly so I can use it as a Quality Movie Barometer from this day hence (in that anything else is of a higher quality). The actors in were amazing at... looking a little bit sad and fed up at ill-defined CGI fish shapes just out of shot.

Iron Man Three (Shane Black/2013) 6
I quite enjoyed TONY STARK'S WORLD OF EXPLODY-THINGS 3. Certainly the most entertaining Iron Man film: briskly paced, fun set-pieces, lack of fuss. Smug tone was in effect and some stuff was annoying (I wasn't quite as enamoured with Kingsley as many were, though I liked the novelty aspect inherent in his performance), but the good outweighed the iffy. It's a blockbuster that works well. I kind of wished Whedon were involved in the script, as he can write good female characters (Black can't — well, with the exception of 50% of Geena Davis' character, the Charly Baltimore half, in The Long Kiss Goodnight) and it missed what made Avengers Assemble so great. On the whole, and by a process of elimination, it's probably the most ridiculously enjoyable thing Shane Black's produced so far.

Note (with SPOILERS!): the film wasted Rebecca Hall as Maya Hansen. She was a surprise second-/third-tier villain, of sorts, as it turned out. But when things started to get a bit more interesting for her character, she was killed off — by the eventual top-tier villain, Guy Pearce's Aldrich Killian. Why not switch it up further — further than with the false villainy of Kingsley's Mandarin — by having Hall suddenly kill Pearce instead? Wouldn't that have made for a bigger and better surprise and more intriguing last act? Especially as there was scope — particularly in regard to Paltrow's resulting superpowers (that the film squandered, then dismissed too readily; she deserved more than her meagre allowance of action scenes) — for extending the film's overarching concern of what constituted a villain and why and how Tony Stark figured into it? What Pearce did in the last act wasn't anything that Hall couldn't have done. The character traits given to Killian could easily have been attributed to Hansen, with a tweak here and there, thus rendering Killian a superfluous character. (Hansen had potential to be a n all-round stronger, more fascinating character; Killian was the same-old vengeful wannabe.) But I guess it's strictly Iron-man-on-Iron-man fisticuffs that reap rewards in Shane Black's eyes. 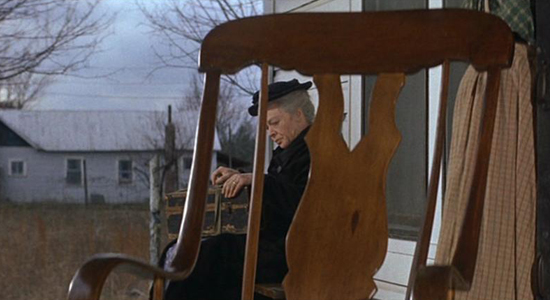 Photographic Memory (Ross McElwee/2011) 7
It examines memory, family and history in a heartfelt and humble way. A sheer joy to see where McElwee takes his camera.

John Dies at the End (Don Coscarelli/2012) 5
In-built cultishness was slightly lost on me, but its unpredictability was a treat. It became more fun as it went on.

Gayby (Jonathan Lisecki/2012) 6
An easy watch. Good comic timing, breezy editing and a likeable cast make it a treat. Plot's a cinch; it's the actors that make it work. Gayby shares a general tone — and a few cast members — with Girls. Also: talented, atypical female lead who does the rom and the com with ease.

Wild River
Photographic Memory
A Bag of Hammers
The Statue of Liberty
East of Eden
Posted by Craig Bloomfield at 21:39