Films I saw in August 2013. The format is: film title (English lang. and/or original language where required — occasionally a film's alternative title, too); director(s) and year; whether it's a rewatch; numerical grade out of 10 (all grading is subject to change, of course, and intended as merely a personal indicator/reminder). Titles in bold indicate that the film is, by and large, a 2013 UK first release or is eligible for year-end inclusion. Films are listed as seen chronologically, viewed from bottom to top.

Vampires (Vincent Lannoo/2010) 5
Belgian vamp mock-doc. Lovely idea with some choice grim laughs, but it runs dry of inspiration after a spell. Good for TV?

The Haunting of Whaley House (Jose Prendes/2012) 4
It fudges each potential decent scare with atrocious acting at every turn; this often makes it very hilarious.

Our Idiot Brother (Jesse Peretz/2011) 6
Nice to see a film daftly pride sincere warmth and pit itself so charmingly averse to cynicism and faux social nicety. Sweet. Sometimes it just takes the beaming, unabashed face of Paul Rudd as he greets a dog called Willie Nelson to raise spirits. 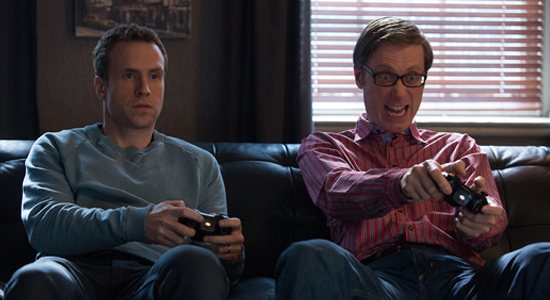 I Give It a Year

I Give It a Year (Dan Mazer/2013) 7
Better and funnier than its dreary reviews said. When the comedy works (which is often), it's hilarious. Loaded gags give it oomph. Saw it for Olivia Colman (who never disappoints); also got a funny, endearing Rafe Spall perf thrown in. Comic timing spot on.

Elysium (Neill Blomkamp/2013) 6
Expert design/FX. Some sequences induce wonder. It's oversimple, but overriding message is to be cheered. Bizarre Foster, slipshod Copley, bland Damon. Liked a fair bit about it, but it could've done with some expansion; it probably could've worked better as a six-part 'event' TV series. There's a lot of compelling content, but it all felt too compacted, hasty. Wanted to explore its ideas, characters and world more. Foster's and Copley's are harebrained characters, not entirely successful, but was glad they did what they did. I quite liked their ballsy, pitch-it-all-in approach, even if they were variable in terms of accent and overall tone.It's a stunning film visually, however, and worth seeing for the impressive design.

The Double (Michael Brandt/2011) 5
Spy-thriller business as usual. OK intro. Some nonsense. Surprise reveal! Oh. Iffy edit. *Bored face* Twist! Ooh. Dull end. Oh. It's lit in such steely-blue fashion that both Richard Gere's and Martin Sheen's grey hair is made to look like a blue rinse throughout.

71 Fragments of a Chronology of Chance (Michael Haneke/1994) 8
Haneke's pieces accrue power; they hit hard when they fit. Prudent, sharp direction is its driving factor.

Mr. Bean's Holiday (Steve Bendelack/2007) 5
There are only so many faces Atkinson can pull. But situations are often amusing. Some laughs; last stretch works best.

This Is Martin Bonner (Chad Hartigan/2013) 8
Beautifully played dual character study. Tender, unassuming, full of regard for people. Warm and restrained. A real gem. Paul Eenhoorn and Richmond Arquette are both wonderful. Characters like theirs are rare. Worth relishing how good they are.

What's Up, Doc? (Peter Bogdanovich/1972) 9
Why have I lived my life until now without What's Up, Doc? in it? It's an utter joy. Rapid wit, nimble direction, game cast. Wall-to-wall delight. Streisand's a sly cat, O' Neal's an adorable plonker. Script fills every possible moment with something cleverly funny. Scores points visually, too. It's also one of two films (that I can immediately recall) where I wanted the courtroom scenes to be longer; Liam Dunn's judge is hilarious. (The other? The Verdict).

On the Waterfront (Elia Kazan/1954) 8
A beautiful film about desperate folks. Fogged cityscapes, grey dawns and quiet roofs evoke a concrete sadness. Compelling. The scenes with Brando (an open wound) and Saint (all delicate rage) were some of On the Waterfront's best. Malden's grit and ire were captivating.

The Details (Jacob Aaron Estes/2011) 6
Involving, well-made examination of privilege, mistakes and acts of kindness. The good life as fucked-up karma. Fine cast and photography. Dennis Haysbert, Laura Linney, Ray Liotta and Elizabeth Banks all put in fine work. Tobey Maguire, in the lead, has to work hard to match 'em. A shame The Details didn't get a full release. Guess introspective dramas aren't 'in' (odd as it has shades of American Beauty, though is better). 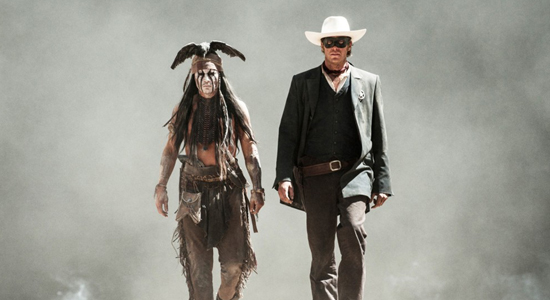 The Lone Ranger (Gore Verbinski/2013) 8
A solid romp. Has a wry, joyful sense of adventure. Superbly directed and paced with expertly measured thrills. Hammer trumps Depp. Big fun. It's (soon to be) Hammer's time. Reckon he needs an Out of Sight-style caper and a Coen brothers comic lead and he'll surely cement his star status.

Donner Pass (Elise Robertson/2012) 2
Inconsequential horror; rote as a wheel. A decent premise, but it gets wasted on wonky execution. Plus some truly blank performances.

Sharknado (Anthony C. Ferrante/2013) 3
It was exciting*, emotional**, executed with flair***. (*naff **emotional ***balls.) Bring on the second one! Or don't! If it contained thrice the amount of 'experimental' edits it already did, you might be able to legitimately call it an art film.

Erased (Philipp Stölzl/2012) 6
It's a "my life's been taken from me" thriller exactly like all the other "my life's been taken from me" thrillers. Just with Aaron Eckhart. There's really scant discernible difference between this and Taken, Unknown etc. Some conspiracy flap, some kidnap, some gunplay. Some groans. Erased isn't a particularly good film, but I kept watching it. The trail of human carnage Eckhart leaves seemed to hark back to an '80s sensibility. Not sure why Taken etc received proper releases and this got a STV slot. Found it slightly more coherent than those Neeson action flicks.

Munger Road (Nicholas Smith/2011) 5
Was watching this — a generic yet fun and spooky horror — and just as it was coming to an end the words 'To Be Continued' pop up... What gives? No closure, no resolution. No mention of a sequel. It just... ended. Like that. All a bit cheap and disappointing. But pretty decent fare before that. 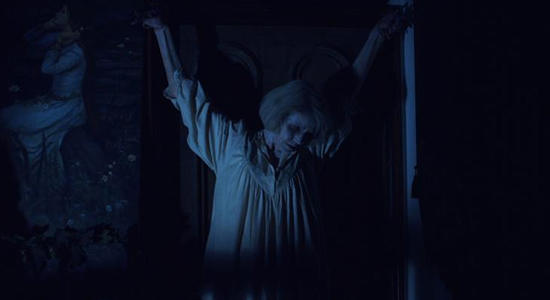 The Last Will and Testament of Rosalind Leigh

The Last Will and Testament Of Rosalind Leigh (Rodrigo Gudiño/2012) 7
One actor. An old house. A prowling camera. Clever voiceover. Eyes in the dark. Subtle. Scary. Brr!

Post Tenebras Lux (Carlos Reygadas/2012) 4
Can a bluffer create poetic imagery? Is wilfully showy abstraction enough? Does it have to mean that much? Why the rugby?

The Conjuring (James Wan/2013) 6
Enjoyable. Effective spooky parts, sharp use of sound, nice period detail. But it didn't fully swerve the same-old scare tricks. Taylor and Farmiga stand out; both give it oomph. Wan instills a decent eerie vibe. Atmosphere is solid, even if the script veers at times.

The Heat (Paul Feig/2013) 7
McCarthy-Bullock team-up works wonders; both add spark and show their adept comic skills. Gag rate's solid. Decent direction. A real joy. Script slyly builds in gender points with charm, though is just a hook. But it could've all been random skits and I'd still be happy.

Only God Forgives (Nicholas Winding Refn/2013) 8
A high-styled vacuum steeped in moral grime, but Winding Refn's control makes stupefying work of it. A bold, grisly puzzle box. It's a world of posing; everything is gesture. Svelte plot's a mere thread for sound, score and photography to queasily snap senses. Gosling is all doleful expressions and gripped fists. Scott Thomas glides like a waxy serpent; a horrible, compelling monster. A dash of humour — surreal or otherwise — would have been welcome, but its world is so deliberately empty of placeable humanity, it would've perhaps felt entirely incongruous. (It, er, missed a trick by not including One Night in Bangkok on the soundtrack though.)

What's Up, Doc?
On the Waterfront
71 Fragments of a Chronology of Chance
Jurassic Park
Lost in New York
Posted by Craig Bloomfield at 22:43