Films I saw in July 2013. The format is: film title (English lang. and/or original language where required — occasionally a film's alternative title, too); director(s) and year; whether it's a rewatch; numerical grade out of 10 (all grading is subject to change, of course, and intended as merely a personal indicator/reminder). Titles in bold indicate that the film is, by and large, a 2013 UK first release or is eligible for year-end inclusion. Films are listed as seen chronologically, viewed from bottom to top.

In the House (François Ozon/2012) 7
If Sirk made a sitcom of Theorem. Sharp, playful study of the value of fiction, desire, art. Everything's composed with style.

Apartment 4E (Russell Leigh Sharman/2012) 5
An initially involving but gradually draining two-hander. Obviously stagy, but the central plot isn't well sustained over 90 minutes. Best thing about it is Nicole Behaire. She covers the A-Z of actorly tics, but does so with style, and is captivating presence. It shows that Behaire should be getting first dibs on all the decent roles around at the moment.

State of Emergency (Turner Clay/2011) 6
Zombie apocalypse films are currently in overkill, but this one is a nifty enough number. Well shot, tense, low-key, good fun. 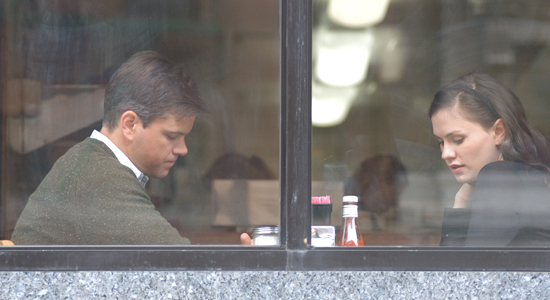 Margaret (Kenneth Lonergan/2011) 7
Parts of it are riveting and aim with precision for an urgent response; other parts overcook it and needlessly draw out its main thesis. Writing is generally exceptional. Interaction between characters feels painful, penetrating, right. Words carry weight. Performances are wholly excellent. Some of the narrative padding made me waver on it and I'm unsure it warrants the 'near genius' tag. But it raises some very pointed ideas. Anna Paquin is career best so far. J. Smith-Cameron and Jeannie Berlin are highly memorable. Janney's role was a gut strike; simply unforgettable.

The Wolverine (James Mangold/2013) 5
I give this five Topless Jackmans out of ten. Action bits were fun, but the all-too frequent pauses for boring talking notsamuch. (At the start Hugh Jackman is grizzled, bearded, cast out and desperate. I did wonder if he'd stolen a loaf of bread.)

I Didn't Come Here to Die (Bradley Scott Sullivan/2010) 2
I didn't watch it to be bored. I did watch it to see something; alas, grubby photography made that a lost pursuit. It's like an Outdoor Safety Training video. But wth lower quality acting. And a low entertainment threshold. And little actual point. Essentially the "horror" here comes from characters having UNFORTUNATE ACCIDENTS. It's like a really crap, clumsy Final Destination.

The Collection (Marcus Dunstun/2012) 4
*eye-roll-a-rama* Yet more sub-Saw silliness. Too daft to bemoan; too derivative to hit home. Not a total washout, though.

Lay the Favorite (Stephen Frears/2012) 5
It's an odd one. Flits between comedy and drama in unsure fashion. Potential there, but script is wayward — stuff to like, however. Rebecca Hall works hard to lift it. Catherine Zeta-Jones had some nice moments. Vince Vaughn surprised. But Bruce Willis was the weak, lazy link.

Monsters University (Dan Scanlon/2013) 6
This was fun. It chugged along with enough charm, humour and fine voice work. Maybe not Pixar's very best, but I had a good time.

Straight A's (James Cox/2013) 5
Bafflingly, there's more lens flare in his quirky Ryan Phillippe and Anna Paquin comedy-drama
than in both of JJ Abrams' Star Treks. It's also so awkwardly edited (and titled) that it's often frustrating. A shame, as there are a few affecting moments dotted throughout.

The World's End (Edgar Wright/2013) 7
It's both a logical and an obvious step on from Shaun of the Dead and Hot Fuzz. But that's fine, as I liked both of those. I laughed. My favourite thing about it was the wittily choreographed fights. Pure joy. Wright knows how to instill charm into action scenes. The build up and use of repeated and extended verbal/visual gags works really well. As does the subtle, creative sound design.

The War Game (Peter Watkins/1965) 7
A mock report like a long blank stare. Think the worst case scenario... then triple it. Inordinately scary, even now. *shudder*

Phil Spector (David Mamet/2013) 3
Mamet's writing perhaps not up to previous standards. Not sure the angle it came from was that compelling. It's lit with both noir-inspired and neon-hued photography; it looked sharp and striking, but there wasn't an entirely concrete reason for it. Helen Mirren was mostly Jane Tennyson with a cold. Al Pacino appeared to be playing Spector wearing an Anne Robinson wig at one point. 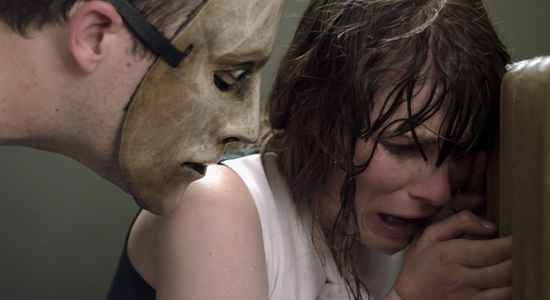 Home Sweet Home (David Morley/2013) 7
Tired of home invasion films? This sneaky little horror number perks 'em up. Simple. Elegantly made. Full of dread. It uses slow-build tension to near unbearable levels. Sharply photographed, directed with precision — a real gem. Read some "this is booooring" type comments. It's perhaps not perfect, but it's never dull. I was too wracked to the hilt to be bored. Probably 2013's best horror so far.

The Bay (Barry Levinson/2012) 5
It gave me Shivers! I now have a case of Cabin Fever! Creepily gripping but the 'found footage' trickery is variable. It veered between flat and vomitous.

Now You See Me (Louis Leterrier/2013) 6
Everything everyone does is so elaborate and over complicated it became exhausting. But it was also fun, for the most part. However, I have to admit I didn't see its big reveal coming at all. Leterrier certainly directs like he's on a mission. It rarely pauses for a moment, not even to establish proper characters. I think Eisenberg's big trick here is to try to convince the world he's not just playing a smugger version of The Social Network's Mark Zuckerberg. 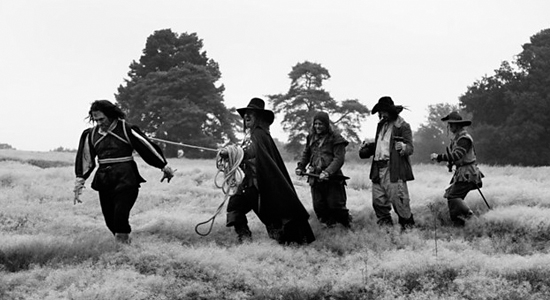 A Field in England

A Field in England (Ben Wheatley/2013) 5
There's genuinely, curiously strange and then there's wilful, for-the-sake-of-it strange. This marches right down the centre. Some films achieve an organic cultishness, even early on, and some seem to 'build it in'. Got the feeling A Field in England fits the latter. Some striking imagery to relish. Shearsmith and Glover are great. Sound, photography and editing are all good. Not sure I felt much throughout though. Either way, it's cheering that a lot of folks were excited for an experimental, B&W film set in 17th c. Civil War England.

The Day (Douglas Aarniokoski/2011) 6
A bit aimless and limited by an average script, that it tries to compensate for with a mean heart. Looks like it's filmed through a wet ashtray. Best thing about it is Ashley Bell (the demon girl from The Last Exorcism), who gives it character and brass. She'd make a great action star. Actually, The Day does with Bell's character what Stake Land should've done with the Kelly McGillis character.

'R Xmas (Abel Ferrara/2001) 6
Ferrara's unruly whims — OD on dissolves, wayward direction — instill a push-pull value on the senses. Drea de Matteo is solid. Ferrara is rarely dull, even when it seems he's bored with his plot. He always allows actors to go 'off-piste' and adds scuzz to his surfaces.

Army of Shadows
Margaret
Witness to Murder
The War Game
Crime of Passion
Posted by Craig Bloomfield at 20:44