What can a canon live without? 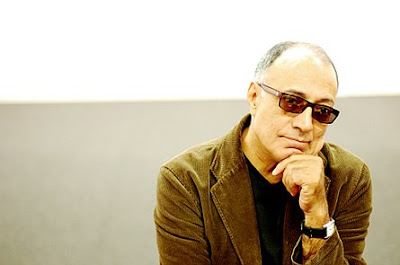 Abbas Kiarostami, pondering the validity of images (or simply just on a lunch break)

I recently finished reading Jonathan Rosenbaum’s excellent book Essential Cinema: On the Necessity of Film Canons, and am also in the midst of contributing a few personal selections to an ongoing online film canon, so the idea of film canonisation is forefront in my mind at the moment. One film, which I didn’t originally put forward as a selection, but perhaps should have, was Abbas Kiarostami’s Ten (2002).

On reading Rosenbaum’s book, and in the playing of the “canon game” online, I've been (re)introduced to some exemplary films, some of which weren’t obvious canonical titles – unlike, say, a lot of the AFI’s list or Sight & Sound’s ten-year polls – but that’s not to say they were necessarily obscure films - although some indeed are (and why not, of course - this is one way of getting some of the more unheralded or unseen films noticed; and shouldn’t fresh canons start this way anyhow?). Though who's to really say what's obvious and what's not; one person's long-time favourite is another's fresh discovery.

Ten may be obscure to some, a likely candidate for others (like so many possibly unobvious contenders one might conjure up), or even anti-cinema (in its approach to resolute minimalism) in some other people's eyes. But it's the named director – along with his or her general reputation - that can often be a deciding factor in creating canons. Is it a hearty signifier of quality, perhaps? Or just the way things are? This may be why the usual line-up of “greats” (like Welles, Bergman, Antonioni etc) are so many in number on a great deal of canons.

Kiarostami certainly has a large number of admirers who would surely like to see most of his output cemented in Official List Form (indeed, he's a "great" in his own right), but is Ten the obvious contender? Is it his best? What about his follow-up, Five (2004)? There's the highly-acclaimed Koker trilogy (Where Is the friend's House? (1987), And Life Goes On... (1992), Through the Olive Trees (1994)), or Taste of Cherry (1997) too? Does it really matter if Ten is or isn't believed to be his "best"?

Rosenbaum’s list, by-and-large, leans toward the personal, with a healthy tip of the hat towards a film's overall international impact, reception and accepted status among those who may have been lucky enough to have seen some of his choices. I think this is one way, indeed a good way, in determining what might be held up as a Significant Example of Filmmaking. Each to his or her own, of course: the joy of having so many canons available to mull over is the variety of choice. And what's personal to me may be anathema to you. But I like the idea of including something that may at first seem anti-canonical make a canon (I detected this in the Rosenbaum book, too). The interesting thing about Ten (among many, many interesting aspects) is that it questions directorial intent and the role of the director (or director-as-auteur)* And there should be at least a few films that challenge this in any film canon.

Many impassioned film buffs and writers of course like to love, love to like, or at the very least confirm and acknowledge, the idea of auteurism and so could perhaps be, with a gentle nudge in the ribs here and there, open to contemplating titles that question its place in shaping film content. Should a film be canonised because of the director’s conscious input, or because of the lack of it? Ten pokes a stick in the spokes. 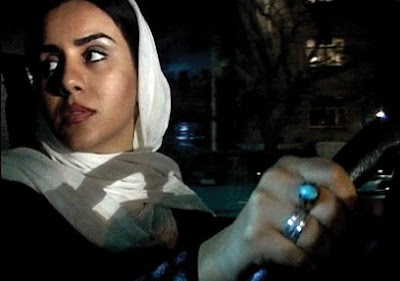 Mania Akbari as the Driver in Ten

Kiarostami is questioning auteurism with Ten. To me he seems to be addressing the complaints of the 1920s-on New Criticism (first suggested by US theorists W.K. Wimsatt and Monroe Beardsley in their essay "The Intentional Fallacy" (1946, rev. 1954)) and their idea that the author's intention is not important, by, directly or indirectly, almost removing himself from the film’s construction. Whatever meaning his camera might draw from the narrative and the images is posited as separate from him; he acts as the displaced conduit.

There may be some speculation as to what Kiarostami intends with Ten, as he makes anonymous his signature, used distinctively in his work before this film. But by making the film Kiarostami suggests he’s wiped his slate clean; he’s questioning what direction means and implies that the viewer do the same. But even more so than in some others’ films (Michael Haneke's work, say) Kiarostami seems somewhat glad to hand over the reigns to us to control as we want (though he handed them over and actively walked away on Five, which I also aim to write about at some point).

But who’s to say? Anyone can glean from it whatever they darn well want to.The positioning of the camera/audience in Ten is only really initially determined by the choice to make a film set solely in a car: the camera is static, a stationary tool for recording conversations, whilst everything around it is in motion. That is, apart from those two crucial cuts away. Filmmaking (in the traditional sense), in the form of an edit, does then intrude. But then maybe he couldn’t help imposing himself just a little bit... and is merely placing the camera on the dashboard an act of direction anyway? This is all very elastic and debatable, but that’s what makes it a perfect contender for film canonisation in my view; the boundaries between director and viewer are subtly and carefully blurred. A healthy film canon, one that wants to truly show breadth of choice in what is possible in filmmaking, needs to have just one or two, maybe smaller in scope, films that try to flip over the auteurist cart.

I read a quote, back in 2002, that filmmaker Catherine Breillat gave on the film: “[it’s] perfect Kiarostami, because there’s no more image, no more Mise-en-scène, just a camera and intelligence, and pure thought.”

Now, a film which uses image, and more importantly authorial intention, as frugally and cautiously, and as beautifully as Ten does, and then regardlessly allows the mind to enter the gaps that the images have vacated, demands to be held up for re-evaluation. Fire your canons, folks.