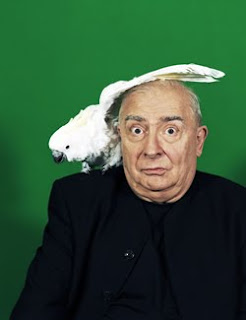 I've seen a fair few Chabrol films and still look forward to many more from his career. But out of the ones I've seen so far the very best was La cérémonie (1995), with Isabelle Huppert and Sandrine Bonnaire. As soon as I saw how he'd twisted a Ruth Rendell potboiler into a scorching comment on class and violence I knew it would be a film with a lasting impact, and one for the all-time best list. I've seen it a few times now, and it remains shocking, riveting and surprising with each watch; and contains excellent performances and, of course, smooth, wonderful direction. Its position among my very favourite French films from first viewing was, and still is, secured. Yesterday was a sad day for world cinema, but Chabrol leaves behind a body of impeccable work. Not least this engrossing masterpiece. 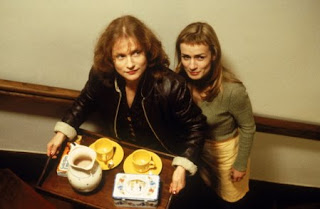 Isabelle Huppert and Sandrine Bonnaire in La cérémonie
Posted by Craig Bloomfield at 08:55