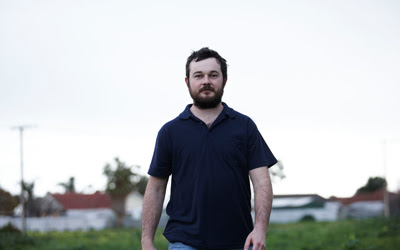 The eruptions of violence in bold new Australian film Snowtown, from first-time feature director Justin Kurzel, come sporadically, intensively and often with gut-churning abstraction. But in between these outbursts the potential for brutality is palpable, sure as concrete. It’s an expertly crafted drama. A frank and corrosive study of evil’s many rhizomic strands. It charts the true tale of the murder of eleven people in a small, deprived Adelaide suburb (90 miles north of the titular town), between 1992 and 1999, by serial killer John Bunting (Daniel Henshall) and his accomplice, Robert Wagner (Aaron Viergever). The film’s central focus, however, is the beguilingly treacherous fatherly relationship Bunting instigates with Jamie (Lucas Pittaway), the teenage son of his lover at the time, Elizabeth Harvey (Louise Harris). Bunting embeds himself within this already messed up domestic set-up, intent on ridding who he believes to be a blight on the community’s lives – he lumps the disabled, paedophiles, transvestites, homosexuals, indeed anyone who he sees as societal scourge, all into a category marked ‘killable’ without really understanding anyone around him. 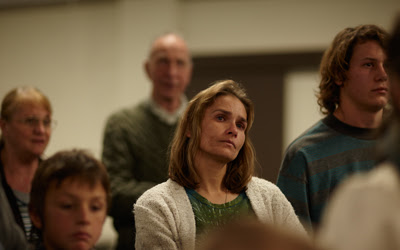 The bravely headlong approach to the infamous story of Australia’s worst murder case is deftly handled with breathtaking confidence and fluency of image. It’s intelligent filmmaking that questions a full range of unsavoury, hot-button subjects: over its two hours it takes in incest, extreme poverty, multiple serial murder, sexual abuse and animal cruelty. Suitable post-Xmas dinner viewing this ain’t. Kurzel’s smart, thoughtful directorial approach opens up many complex avenues of enquiry as to how we might first ponder then understand the events of the story. With keen assurance Kurzel utilises a variety of filmmaking techniques that equally dislodge and enthral our sense of grim spectacle as the film progresses. His often elusive and bluntly destabilised exploration of undiluted evil is difficult to fully get to grips with. But there lies its power. It has the potential to be endlessly fascinating. The filmmaking, all round, is exemplary. Slow-motion moments (John and Elizabeth dancing in a brightly-lit dancehall especially) have the effect of surreal narrative pauses; and speeded up imagery of the killers’ faces in queasy close shots act as a drastic quick-time portraits, confrontationally reminding us of their poker-faced coherency; shunting us without haste on to another scene we may not relish seeing. Adam Arkapaw’s cinematography is certainly bleaker than a hundred days of bad luck, but his lighting scheme is seamless, perfect. And the soundtrack, by Kurzel’s brother Jed, beats like an erratic sonic pulse and screeches like a death throe. Everything is grimly, aptly arranged for maximum effect. 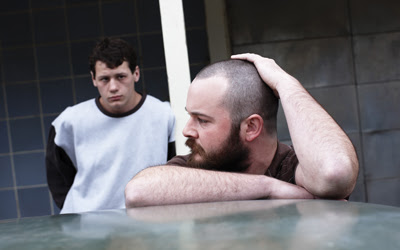 As Bunting, Henshall is Snowtown’s charismatically obdurate and hyper-vile nucleus. He appears to be constantly simmering just below boiling point. The tension within his performance is perceptible - it’s evident from his sometimes coldly-smiling, other times entirely blank and seemingly vacant, expressions. It’s a galvanising performance; one of the year’s very best. The surrounding cast, in particular Pittaway and Harvey, are equally excellent. (It’s staggering to note that the entire cast, save for Henshall, have never acted prior to the film; and most of those who appear in the film came from the same area in which the events originally took place.) Snowtown depicts with convincing authority a whole repugnant mess bucket of issues relating to the murders and the knotty familial set-up around them; most of all Jamie’s indoctrination, his utter immersion, into a life of foul criminality. It’s this, the film’s central, unfalteringly bleak narrative thread that remains fixed in the mind for a long time after the film's last image: an almost indescribably saddening long-held shot of a person now lost to sheer complicit evil. This is caustic cinema: it's harsh, relentless and grips with a despairing force.
Posted by Craig Bloomfield at 17:43