At the Cinema: Whores' Glory 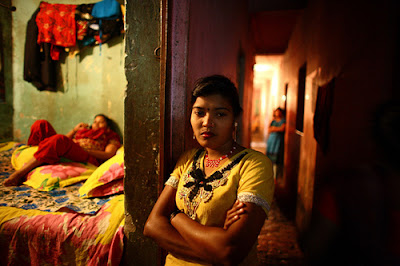 Whores’ Glory, the latest film from acclaimed Austrian documentary auteur Michael Glawogger, features three equally lengthy sections (about 35 minutes each) filmed in three different sex houses in three countries: the Fish Tank in Thailand, the City of Joy in Bangladesh and The Zone in Mexico. His camera follows a variety of women in each location as they navigate their lives impacted upon by religious duty and the men paying for the privilege of their time – whether in high-end and well-organised establishments or ‘quick-fuck’ back-street sex rooms. The locations are visited in turn and with a fluid matter-of-factness; comment on a variety of ‘issues’ relating to the women’s situations is implied through Glawogger’s inquiring filming style. The reasons for the women doing what they do and the matters surrounding them - the need to provide for their families, the pull between sex work and religious beliefs and the issue of ease with which these women can be sold (especially pertinent in the Bangladesh segment) - are presented as all of equal concern to Glawogger. Answers aren’t provided, but nor are they particularly sought after in the first place. Glawogger simply, and respectfully, observes from a bystander’s position and creates curious, free-associating and minutely functioning dramas out of the ladies’ and their clients’ everyday needs. 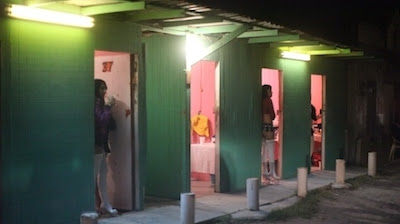 The soundtrack, mostly comprised of grit-friendly songs (but all very good selections), by the likes of CocoRosie (Beautiful Boyz, Miracle and Honey or Tar – the first included because it contains the words ‘whore’ and ‘glory’?) and three by PJ Harvey (Dear Darkness, Snake and The Whores Hustle and the Hustler’s Whore – the last included because it mentions the words ‘whores’?), make for thoughtfully apt, yet somewhat obvious and down-at-heel, stop-gaps peppered throughout the ‘narratives’. The final section in Mexico is the most rewarding, the most full of life and unguarded emotion. The women in The Zone in Reynosa, Mexico speak personally and at length – and far more frankly, and openly, than in the first two sections. These women are the film’s best talkers. They display a jubilantly bolshy and very prosaic attitude to their situations, yet not at the expense of any hidden pain or drama their lives may have seen. There’s, ultimately, perhaps a whole feature-length film to be made about any one place, or indeed any one person, here. Glawogger’s triptych structure is heavy on comparative reflection, but it all too rarely gets down to the real business of examining even one woman’s life in a refreshing, investigative and all-encompassing way – something which would’ve made a resounding world of difference to the outcome of the film. Life is hazily penned in by the necessity of artistic endeavour. That wasn’t something that affected Beeban Kidron’s 1993 TV documentary Hookers Hustlers Pimps and Their Johns, which I was reminded of on a few occasions during the film.
Posted by Craig Bloomfield at 18:44