This week my "Take Three" column (every Sunday, three write-ups on three performances in a supporting/character actor's career) over at The Film Experience features Alice Braga in Blindness, City of God and I Am Legend. 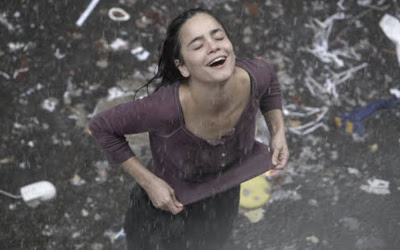 Take One: Blindness (2008) As per the José Saramago novel that Blindness is based on, no characters have names in the film, thus Braga is known only as ‘Woman with Dark Glasses’. (Julianne Moore is ‘Doctor’s Wife’; Danny Glover is ‘Man with Black Eye Patch’ etc.) She’s one of a gathering of randomly afflicted people who succumb to a mysterious blindness epidemic. All the cast, however big or small the role, collaboratively convey the exact amount of conviction in their roles. They remain true to their characters’ physical, psychological and emotional positions each step of the way. There’s a defiant ‘all in it together’ aspect, in which each actor instinctively plays off one another in rewarding ways, not least when it comes to Braga...

Read the rest here
Posted by Craig Bloomfield at 18:35