This week my "Take Three" column (every Sunday, three write-ups on three performances in a supporting/character actor's career) over at The Film Experience features Melissa McCarthy in The Nines, The Back-Up Plan and Bridesmaids. 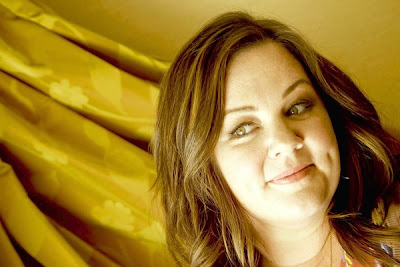 Take One: The Nines (2007) The three things that struck me most about the twisty-turny Ryan Reynolds sci-fi drama were Melissa McCarthy. (Reynolds’ much-bared torso came a close fourth). In the film’s three loose-linked segments she plays: Margaret, a perky PR handler; Melissa, a TV actress version of ‘Melissa McCarthy’; and Mary, a housewife. There’s plenty of mystical musings about 9s being everywhere and meaning everything – though thankfully not as much number mumbling as there was in The Number 23 – but it sort of makes its own kind of brain-beaten logic by the end...

Read the rest here
Posted by Craig Bloomfield at 15:00