Films of the Year 2011: Disappointments

In the same way that I came up with a list of ten disappointments last year, here, kicking off my year-end list shenanigans, are the ten for 2011. These films are again those which, prior to seeing them, I was fairly certain might just grab my attention much more thoroughly, creatively and surely than they ultimately actually did. Expectations were deflated quickly when the films didn't live up to their promise. In no way would I consider any of them as worthy of a place on the worst list (well, perhaps a couple...), but neither did I think they were particularly any good. However, as ever, a second watch one day might change my opinion. The films are in no qualitative order – certainly not biggest to least disappointing. They’re simply listed as and when I recalled them to write a few brief words on. Anyway, here they are: 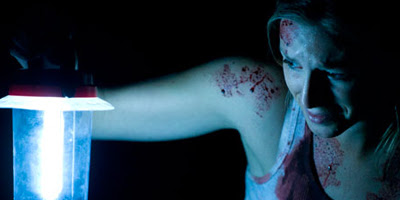 There was plenty of scary potential here, but it ended up being a dull rendition of other, better examples in the found-footage subgenre. It was an uninspired rehash of lone-woman-terrorised-in-a-house movies. The limp, uninvolving ending didn’t help matters either. I liked the old crumbling farmhouse of the story’s location, crammed as it was with the opportunity for the camera to get lost amid the shadowy corners and deserted hallways; it was isolated enough to arouse a feeling of mounting dread. But very little was made of these attributes beyond a rote exploration. I’d suggest watching both [Rec] films to get any satisfaction from this current crop of house-based horrors style movie that do the rounds year on year.

This is what it seemed like: a top-drawer cast slumming it for an ounce of ‘just look how game we are’ multiplex credibility in genre fare that they wouldn’t normally touch with a big stick had inconsistent style merchant Steven Soderbergh not been in charge. People turned away in droves and reacted blankly when Fernando Meirelles did a similar thing with Blindness three years ago, which was by far a better film. Apart from some very well shot abandoned street scenes and Jennifer Ehle this was plain and forgettable stuff. However, I am looking forward to Soderbergh’s other deep genre experiment, Haywire, next year.

I had this pegged as a possible contender for a more positive list this year, but it wasn’t to be. The promise of charm, likeability and a tender human-dog relationship was enticing, but I found these attributes in limited supply. There were cries of how low-fi and wonderful the animation was, but I found it clunky and ineffective, sadly. (And, no, I don’t require everything to be CGI-augmented.) The central relationship wasn’t up to much, either. I really wished it was just generally, well, better than it was. To avoid any overt cutesiness I figured the filmmakers went too far the other way with their matter-of-fact approach. But I’m not one for any kind of sickly sentiment, so my disappointment came as a surprise. 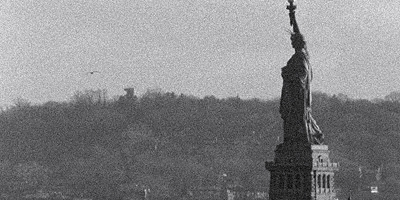 Unfortunately I couldn’t find much of lasting merit in this Albert Maysles (directing with Bradley Kaplan) documentary on Paul McCartney’s endeavours to stage a gig in New York. I didn’t really feel anything of the on screen inspiration that seemed to be in abundance throughout or gain a lot of insight from the – gulp – rather pedestrian reportage on display. The idea of spirited documentation has never seemed so passionless. I hate to say it, as Maysles is partly responsible for a great many of my favourite documentaries ever made (Grey Gardens, Salesman among them), but did he temporarily misplace his oomph here? Ditch the Beatles fascination and rediscover your mojo, Mr. Maysles.

I really wanted to like Amer, but the arch, self-satisfied manner in which directors Hélène Cattet and Bruno Forzani played their exercise in parodic theatrics put paid to this. An all-round pity then, more than a reason to include it as one of the year’s worst. It’s a gimmick movie without much in the way of any decent horror tropes or scares: how do you feel scared when the film seems to be winking at you in every frame? Borrowed music (Stelvio Cipriani’s score for 1977’s Tentacoli) drenches borrowed style; it’s so pastiche that it lost any sense of individual identity from the first frame. Give me a proper Giallo any day of the week. 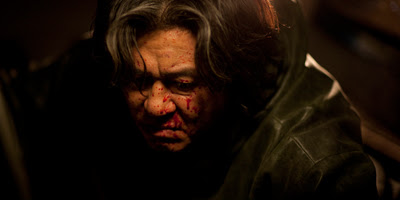 A majorly unsatisfying and overvalued film from Kim Ji-woon. Everything is so archly contrived to be effectively, shockingly cool and showy that the frequent blood-soaked imagery ceases to have any kind of visceral impact after a spell. Lee Byung-Hun and Choi Min-sik, both good actors, are one-note as moody cop and mad serial killer; neither successfully shapes their roles into sustainable characters. Any number of lesser actors can pose and look intense on screen; richly embodying stark fear and intensity is a harder task. Such a potentially complex and fascinating idea requires something far more evocative. It’s all been done better elsewhere. Everyone involved should watch Vengeance Is Mine and/or Oldboy to see how it's done properly.

The ironically played out buddy-movie template didn’t offer up much to get happy about with this tepid, flat road movie. If it hadn't featured a near-intolerable pair of guys bitterly and tediously talking up a lot of dull nothing for most of its duration I may have been keener to engage with it. But maybe it's just not for me at all; perhaps I'm way out of its target demographic. It maybe didn't help that I saw Easier with Practice - another low-budget US road-trip movie, one which has one or two narrative elements in common with Passenger Side - just a few days earlier. The questionable attitude toward women (and, in particular, transgender characters) sat uncomfortably with me. A forgettable misfire – I don’t understand its modest acclaim. Marines facing off with ill-tempered and miserable looking aliens in a ravaged L.A., in a style reminiscent of the best fraught, raggedly-filmed war movies? Nice idea, guys, but why didn’t you go beyond that premise and actually deliver something which used the best attributes of both war and sci-fi genres? I didn't think the film was all-out terrible, as many others did, but it came very close - but was in the end merely all too unmemorable. Aaron Eckhart in a helmet shouting a lot and some dusty, grimy imagery thanks to countless incoherent explosions are what I was left with. Aaron and co., I grade you: Must Try Harder.

I had high hopes, what with all the praise heaped on to Michelangelo Frammartino’s film. But despite some immaculately controlled, intrepid filmmaking (and nice use of sound), I was overall left baffled by its reputation. The cyclical theme felt clunky, the mood too precious. I prefer my allegorical treatments on the cycle of life and the inevitability of death to strive less yearningly for the poetic, and to instead attempt to arouse the poetic in the quotidian. Or, to put it another way, give me György Pálfi’s Hukkle (which similarly transferred its plot baton from human to animal and also featured an elderly farmer with health issues) or Nikolaus Geyrhalter’s Our Daily Bread, a film about farms, animals and the process and cycle of life and work. Le quattro volte's aims are ultimately different from both of those, but together they said more to me about many of the same themes.

The writers/studio heads did well with their punning, dunderheaded and easy-please title (it's in the vein of Snakes on a Plane, Maid in Manhattan etc) as it was guaranteed to get their film noticed. Well done them, then, for getting bums on seats with zero effort. But what is this film other than the playing out in expensive, unsatisfying images of the promise of that title? Daniel Craig was meandering whilst waiting in the Bond 23 (now Skyfall) queue; Harrison Ford, doing another of his best grump-faced turns, was a blank; the adventure was stunted. It’s all superfluous padding for a film title that really isn’t actually that clever. Those of us who fell for it replied in kind with our best bored faces.

Five more that disappointed: How I Ended This Summer, Biutiful, The Resident, Submarine, The Pack.

Next: Never despair, folks! The film surprises of the year are on the way. Then: some selected technical/crew bests, male and female acting, worst films and the top 30 best films.
Posted by Craig Bloomfield at 18:02