Films of the Year 2010: Disappointments, Or Ten Good Films-in-Waiting?

These are the films which, before seeing them, I was certain I’d either greatly like, love or at the very least see something in them that would make me sit right up and take notice. Ultimately, I struggled to find much about them to praise in the end. For now. In short: I had expectations which were deflated by the titles below. But, as with any and every disappointing film (especially with end-of-year lists like these), a second or third watch one day might change my opinion of them. That’s optimism for you! So, here’s my list of either iffy disappointments, good films-in-waiting or just plain old regrettable sideline efforts – all dependent on whether you like to see it as a glass half full or glass half empty kinda deal. The films are in no qualitative order – certainly not biggest to least disappointing. They’re simply listed as and when they came to mind. Let the, um, disappointments commence... 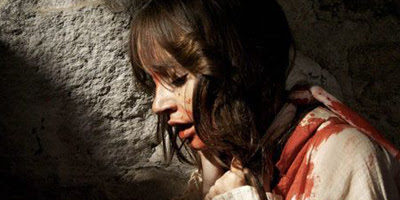 The House of the Devil
I couldn’t have been more sure that I’d love The House of the Devil before seeing it, since the idea of a retro throwback horror containing all manner of devilry, a Halloween-esque vibe and a creepy support role for Tom Noonan sounded wickedly becoming. But, alas, it wasn’t to be. Despite its pleasingly creaky and period-savvy (late-'70s-early'80s) production values, I actually preferred director Ti West’s earlier, cheaper-looking horror, The Roost. Monsters, later in the year, was also set to be a sure thing sight unseen. A bare bones plot description had me intrigued from the off. But its listlessness and lack of any real prevailing atmosphere, matched with its fumbled potential, perfectly encapsulate why it sits with the other disappointments on this list, however sad that is to say. It was thin in most areas other than its generally glinting photography and director Gareth Edwards’ sheer all-round chutzpah with a laptop and a frugal budget (something to certainly be cheered), butfor me it missed many opportunities to actually be interesting. And, no, I wasn’t asking for monstrous wall-to-wall carnage either. Just better leads *cough* Paul Rudd and Anna Faris *cough* Yes, you heard right. (More on Monsters.) I generally had high hopes for Date Night. It could have been a new The Out of Towners or an updated, more harebrained After Hours. It had a great cast, all practised in various levels of comedic tomfoolery, and the atmospheric nighttime streets of New York at its service (a criteria which assures I’ll watch any film), but didn’t have a sharp enough script to make best use of those attributes. It could’ve been a solid mint comedy – had it not been so taken with being an ingratiatingly zeitgeisty hook, that cynically seemed to solely vie for the attention and cash of tired parents – but ended up merely intermittently amusing. Even now I’m struggling to recall many truly funny moments.

Survival of the Dead was by far Romero’s weakest Dead film. I hate to say it, especially as an utterly devoted, longtime fan of both Romero and zombie cinema, and I’ve not been nudged enough to say it so far (even after the rather dreary Diary of the Dead), but I’d be happy to see this film series die off now. Yikes, I said it. Now let’s move on to other things... Despite valiant efforts all round The Wolfman remake came in from the misty moors perilously under par. The cinematography was good, but some nifty camera angles and a smattering of foggy coverage alone do not a particularly great film make. Still, it wasn’t all bad: we did get to see Anthony Hopkins make manifest a half-werewolf, half-grumpy sea captain. He gave this year's Best Irritable Howler performance. Had I not seen the ripe and rangy original just a month prior the second remake on this list, Long Weekend, might not have fared so feebly in comparison. But it had faults beyond mere comparability and tonal misplacement – namely an overripe performance from Jesus Caviezel and the lack of some good animal acting/wrangling in a film which positively demands it. (Although the ominous animatronic sea cow was worth a titter.) 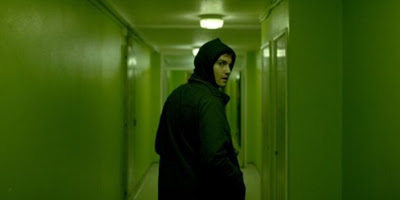 Heartless
Heartless, the return to filmmaking of the very talented Philip Ridley (who made the 1995 forest-fury gem The Passion of Darkly Noon) after a 14-year gap, featured some memorable performances (Ruth Sheen was far better here than she was in Another Year; Eddie Marsan continued to grind Brit film acting cogs in terrific fashion; Jim Sturgess was nicely unassuming in the lead), but came close to succumbing to a tonal dithering which threatened to sink the ominous atmosphere it initially set up. But it had the guts to be bonkers enough in essence, and is probably the best disappointment of this bunch.* (Although 2009’s similar The Disappeared generally took a better stab at depicting spooky council estates.) Miguel Arteta made one of the most surprising and interesting comedy-dramas of 2002 with The Good Girl, so it was a shame to admit that Youth in Revolt, his belated follow-up feature, was quite the boring exercise. The attempt to (partially) reclassify Michael Cera into a twitchy debonair wit was an initially diverting concept, and temporarily halted the Cera-as-Cera role influx that’s been happening for the last few years, but even that lost its vague amusement factor through the film’s increasingly tedious narrative. Good job Cera (though still very much as Cera) was bearable and actually funny in a much better 2010 film, Scott Pilgrim vs. the World. Jeff Bridges is always worth watching, and Crazy Heart was indeed worth the time spent on it merely for his full pelt gruff-bluster performance alone, even if it was – as with Robert Duvall in Tender Mercies or Al Pacino in Scent of a Woman – a ‘just because’ Oscar win. (Although I must say I had more fun watching him ape his Big Lebowski character surrounded by neon plains in TRON: Legacy last year.) The film itself, however, was uninspired and flat – watchable, sure, and not terrible by any stretch, but it didn’t entirely deserve the over-keen reception that it was greeted with. 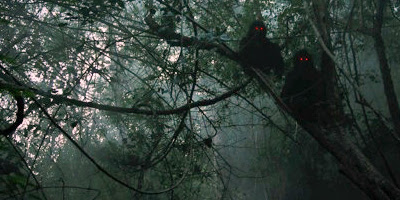 Uncle Boonmee Who Can Recall His Past Lives
Uncle Boonmee called – he wants his past lives back. He can have 'em, I say. The revered darling and Palme d’Or winner from last year – yes, Ol’ Uncle Boonmee Who Can Recall His Past Lives to give him his full title – contained several vivid moments of glorious, often playful, bliss (red-eyed hairy man-beasts in the forest, a spectral relative materialising for dinner, unusual swimming proficiency lessons with saucy Mr. Catfish) but long stretches were monotonous and repetitive. Elsewhere in Apichatpong Weerasethakul’s work (particularly in his two previous hothouse wonders Tropical Malady and Syndromes and a Century) the stasis within the transitional sequences nudged me to feel the wonder of the meditative, dazzling camerawork, whereas here it felt more than a bit like extended doodling, overly studied wonder made to fit arthouse expectations. Weerasethakul’s 2009 precursor/side projects, A Letter to Uncle Boonmee and Phantom of Nabua (both part of his vast 'Primitive' installation) served his core concerns better, and both in under 20 mins. each. (More on Uncle Boonmee.)

* The predominance of horror/supernatural films on the list is not a fault of the genres in any way, it merely points to the fact that, as my default genre setting of choice, I tend to watch more of them than almost any other genre of film.

Next: Chin up, folks! Surprises of the year are on the way. Then: technical/crew, male and female acting, worst films, best films.
Posted by Craig Bloomfield at 19:44