These are a list of 15 films which I liked the least, or did zilch for me, in 2010. In the spirit of fair play and to, shall we say, accentuate the positive (and to also underline the idea that if you can't say anything nice, don't say anything much at all), I've not piled the hate onto the bunch of eye-offending works below, mainly because by being on the list in the first place it's inherent that I thought each one was terrible anyway. I'd rather expend the energy on writing up thoughts on the films I liked - which is what I'm currently doing. There are, however, fairly brief and all too daft Twitter-style sentences about each one:

15. Remember Me (Allen Coulter/USA)
R-Patz fizzles out in dour NY period drama. Gets the Massive Eye-Roll award for a laughably crass finale. Films like this - with wayward, where's-my-life-going? slant - used to come without hefty messages and bland acting. Cee-Lo Green said it best: forget you.

14. A Nightmare on Elm Street (Samuel Bayer/USA) more here
Freddy Kruger played as an angry pork scratching. The best bits of original were left shredded on the cutting room floor; with literal rubbish spliced in their place.

13. The Book of Eli (Albert Hughes/Allen Hughes/USA)
Ponderous apocalyptic waffle with little keen insight into interesting depictions of a world gone wrong. Quasi-religious twaddle and a back-in-the-room Gary Oldman inserted in its place. Any film which features Frances de la Tour and Michael Gambon as cannibals and makes them dull is clearly on the wrong track. 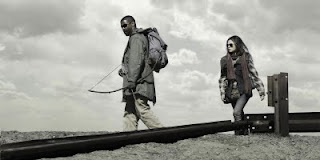 The Book of Eli
12. Saw 3D (Kevin Greutert/USA)
I'm hoping, praying that they saved the worst of the bunch for last? (If this one is actually the last.)

11. The Blind Side (John Lee Hancock/USA)
This isn't the eighties and racism in movies doesn't require the paint-by-numbers treatment. Made to make people (very much like the Bullock character) who are incapable of individual thought feel, ya know, OK about their lives.

10. Whatever Works (Woody Allen/USA) more here
Woody often revisits themes, but here he's dusting off old scripts - and leaving in the cobwebs. David is unappealing. Film has very little charm or any actual genuinely funny comedy to speak of. 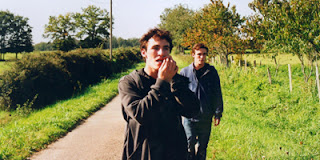 Give Me Your Hand
08. Sex and the City 2 (Michael Patrick King/USA)
Everything everyone has said rings true. With such sleek and wow-worthy splendour on screen (clothes, locations, NY streets blah blah blah), it's a shame the cast & crew have made it all so ugly, thematically, visually, inherently. Reminds me how little I cared for this idea in the first place. Even Miranda's boring/conformist this time around.

06. The Lovely Bones (Peter Jackson/USA)
Like Alice above, this was a film beaten with the ugly stick. Colour-clashed, dated and visually awkward imagery topped off with a central plot which wallows in cheap ineffectuality. The most egregious and alarming afterlife sob-fodder I've seen in recent times.

05. All Tomorrow’s Parties (Jonathan Caouette/UK)
I'd probably rather go to an ATP event than sit through a documentary that seems to take little interest in the people who do go/perform at/arrange it all. Didn't see the point of Caouette juggling often regurgitated footage with no clear or fun aim.

04. The Ape / Apan (Jesper Ganslandt/Sweden)
Gives off the illusion that there's more going on beneath its surface, when it's essentially a man going off the rails for no valid narrative purpose other than to allow the filmmakers to attempt profundity. Excruciatingly po-faced intentions, severe, non-captivating outlook and a highly derivative camerawork (he's seen lots of Haneke films!) combined with blank lead equals 80-plus long mins. of tedium. 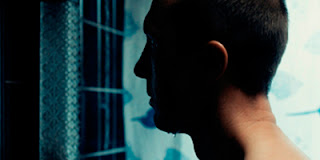 The Ape
03. It’s Complicated (Nancy Meyers/USA)
Meryl Streep adding another bout of glazed mugging to camera, as in Mamma Mia! etc. Lavish, hazy, lens-smudged lives and events (that try hard to swerve the pensioner tag via blatant gross nudity and/or Botox), one after another, does not a fun film make. Nancy Meyers has literally nothing to say. But she says it in various beige hues all the same.

02. Life During Wartime (Todd Solondz/USA) more here
I've heard mention of the 'dark, but hilarious comedy' of the film. That's only true if comedy were a needle and the characters' neuroticism the haystack. Forcibly ironic conversations come via bored-looking actors. The pertinent commentary many have seen and praised in the film were non-existent to my eyes and ears. 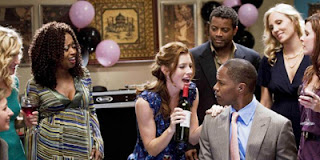