At the Cinema: Whatever Works 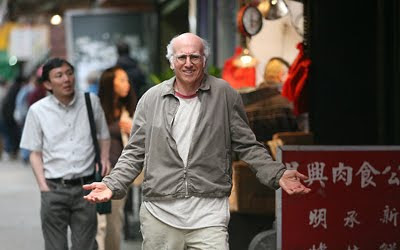 After three trips to the UK and a stop-off in Spain, Woody's back in Manhattan with Whatever Works - another of his unlikely ageing neurotic-ditzy girl romantic pairings (as in Mighty Aphrodite). He's treading old territory here - literally, the film is a reworking of an unused '70s script intended for Zero Mostel. Larry David is a replacement Allen striking up a baffling courtship with Evan Rachel Woods' stray southerner. The usual neurotic ups-and-downs occur. David remotely spouts misanthropic Allenisms hoping we can't tell the difference. But everyone knows that Woody Allen is the best vessel for Woody Allen's words.

After being creatively absent from New York for the last five years it feels as if Allen has lost his feel for the city. His sense of place is stultifying. Recycling a script he's dusted off, he appears to be running through the motions just to meet his criteria of a film or two per year for the sake of it. It feels like a rush job, and it shows in its lazy editing and framing: too many medium shots of actors uninspiringly coupled together, nattering without much purpose about, well, simply doing what you want (this is the film's overarching position on relationships) proves tiresome after a while; and gaps for laughs to resound are non-existent. (Actually, so too are any really good gags.) 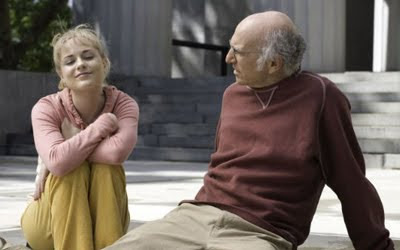 His New York hasn't felt as hemmed in since Another Woman, and his locations haven't felt as insular since September. But at least those films had some atmosphere, however restricting. (And September was filmed on a sound stage.) Although cinematographer Harris Savides compensates with some beautiful lighting, and finds ways to create mood in often-repeated locales. David is a clumsy Allen replica, fudging many of the one-liners that Allen would've delivered with zing. But Patricia Clarkson (as Evan Woods' mother) is good value, as ever, slipping from flustered religious flake to slick bohemian artiste with ease.

The film takes a dim view of yee-haw Southern folk just so it can parade the brand of intellectually superior New Yorkers as the desired type of snob Allen only sees fit to populate the city with. (And he doesn't even seem that interested in them, either.) He's also still fixated on the idea that remodelling naive women into ideal, though improbable, sparring partners is fascinating (something '80s Woody essayed with far more self-deprecation and wit). Whatever he's saying here is conveyed with half-hearted opinion. This is listless, stationary Woody stuck on repeat. He's too reliant on old ideas. Instead of resuscitating discarded scripts he should've adapted one of his truly hilarious short stories from his Complete Prose collection: 'The Kugelmass Episode' would make a great movie. Time to get back to the real funny, Woody.
Posted by Craig Bloomfield at 19:25