This week my "Take Three" column (every Sunday, three write-ups on three performances in a supporting/character actor's career) over at The Film Experience features Cécile De France in Haute tension, Hereafter and The Kid with a Bike. 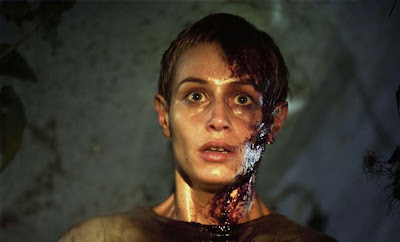 Take One: Haute tension/Switchblade Romance (2004) De France brings an entirely new meaning to the term ‘Final Girl’ in Alexandre Aja’s Haute tension (or, to give it its more exploitation-happy title, Switchblade Romance). Spoiler Alert: Although we see Philippe Nahon doing the relentless butchering throughout the film, it emerges toward the end that he’s merely a projection of De France’s Marie’s imagination; he’s the product of pent-up sexual urge in Marie to create a marauding male monster in her mind. It all gets very muddy before becoming incredibly bloody...

Read the rest here
Posted by Craig Bloomfield at 19:15