Without fret or fuss, here are the 10 worst films I saw last year.

01. The Big Wedding: the best horror movie I saw last year. It's fucking terrifying. Seriously, I felt sick, clammy, nauseous. I shook. I perspired — was a quaking mess. I had to beg strangers to drag me out of the cinema. But really: it's awful. In the film one character is bathing their feet in a lake, and another character jokingly says, "Careful, we have a shark problem here." Well, if only. De Niro, Sarandon, Keaton, Williams, Heigl, Seyfried, Grace and Barnes — they all play beige assholes. Nobody is any good. Nobody.

02. This Is 40: This Is 40... Minutes Too Long. I was as close as I’ve ever been to walking out of the cinema. And I never walk out of films. I didn’t, but I came close. It was Paul Rudd's fault, he kept me rooted. That’s how much I like him. This smug, insular, overlong, turgid exercise in vanity was near unbearable. 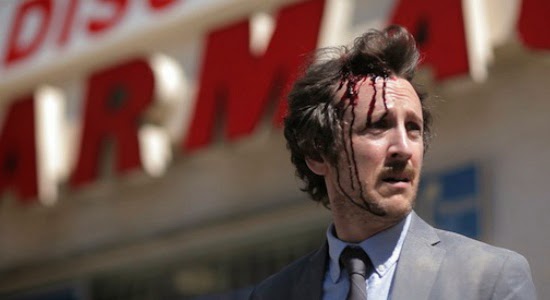 03. Wrong: a desperate insta-cult item. It looks and sounds slick — in purely visual-aural terms it works — but it's too in love with its own blank weirdness to pass muster in any other department. It gets tedious and exasperating fast. It has hints of Monty Python, Jonze/Kaufman, After Hours, Tim & Eric, David Lynch. But nothing here is as good or as original as any of them. It's all loaned-out oddness.

04. About Time: Richard Curtis has made his film again. It’s pure fantasy that's chiefly recognisable to a specific aspirational social set, so much so that it reminded me of a Waitrose ad. The script is fudged by a lack of wit; in its place are flustered asides. A late scene struck a sweet chord, but it wasn't nearly enough by then. Bill Nighy, Rachel MacAdams, Tom Hollander and Lindsay Duncan do what they do. We’ve seen it all before. I was more intrigued by Lydia Wilson's supporting character/plot strand, sadly sidelined. It’s innocuous, well-meaning candy, and its appeal will grab some folk, but the wall-to-wall Curtis-isms did absolute zip for me. It’s one for the middle-class ‘wank-bank'.

05. Movie 43: Why are all these actors doing this? Why did the script even reach these actors? In fact, why did I even watch this? Being a Julianne Moore completist meant sitting through it. But her segment wasn't even in it. It was a deleted extra. She lucked out; I didn't. Kate Winslet emerged unscathed. Griffin Dunne's segment was the most watchable. Everything else? It'd be nice to just forget about it and say no more about the horrid business. 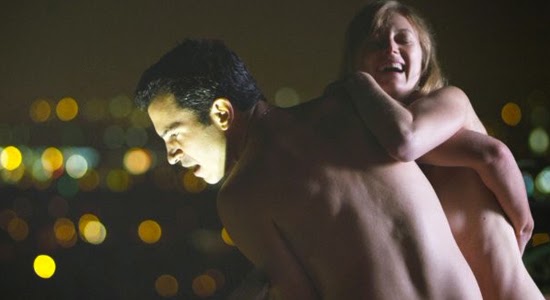 08. Bachelorette: A bunch of awful, charmless people doing a lot of awful, charmless things. Excruciatingly unrewarding. A comedy charisma vacuum. It strained, crawled and dragged itself onward — like my will to stay and continue watching. Jokes were deflating everywhere. Performances were mugging the thin script of any remnant of appeal. It was matrimonial carnage. It gets wrong what Bridesmaids and Girls got right. It's just as inept and mean-spirited as its male-centric template, The Hangover.

10. Pain & Gain: The Three Stooges pimped up by David LaChapelle… but without much fun. It’s clunky, ugly, shiny, vacant. Bay's empty vanity case. Although it was utter tosh, Dwayne Johnson and Anthony Mackie put valid effort into it, whilst Mark Wahlberg does the same old routine (Tony Shalhoub did most of the hard graft.) It comes on like it has Things To Say (failed, wild American dream!), but there's nowt to it. It's just Bay doing a sweaty Coen bros act.
Posted by Craig Bloomfield at 19:15