Step inside the film world of Virgil, Texas. 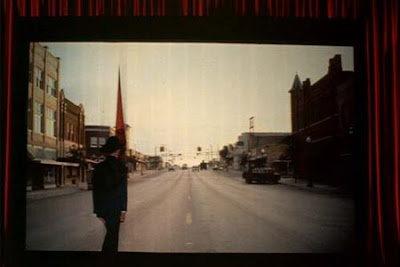 I'm still fond of watching David Byrne's mock road movie musical about the fictional town of Virgil, Texas. I saw it years ago on television, and have revisited it many times since. It's good-natured, funny and always leaves me with a strange feeling of melancholy. 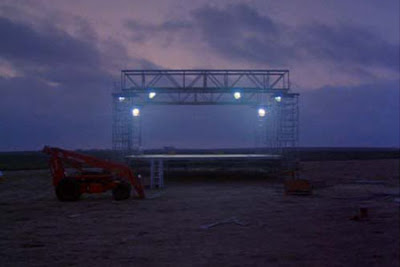 "Metal buildings are the dream that Modern Architects had at the beginning of this century. It has finally come true, but they themselves don't realize it. That's because it doesn't take an Architect to build a metal building. You just order them out of a catalog - comes with a bunch of guys who put it together in a couple of days, maybe a week. And there you go - you're all set to go into business - just slap a sign out front."
Byrne takes his own playful look at American life. He offers up stages and platforms for the people of Virgil to parade themselves on - literally, in the wonderful scene where Annie McEnroe sings a version of Talking Heads' Dream Operator to accompany an outlandish fashion parade at the local mall's "Celebration of Special-ness": 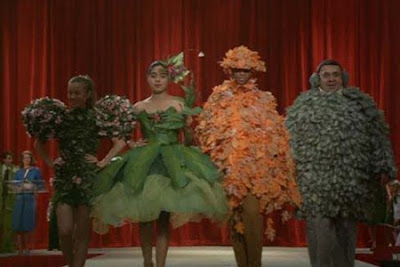 "Shopping is a feeling. Sometimes I get a wobbly feeling. I have a commercial feeling. Be sexy in business; be successful at night." 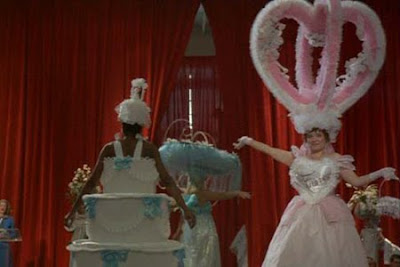 "And you dreamed it all.
And this is your story.
Do you know who you are?
You're the dream operator."
It's corny, ridiculous - and strangely moving. There aren't many films that are as singularly bizarre, entertaining and unabashedly daft as True Stories. I've seen it roughly six times now - and could easily watch it six times more.
Posted by Craig Bloomfield at 14:54