Remember, this list is drawn up from films released theatrically in the UK between January 1st and December 31st 2010. There may be a few tiny discrepencies or caveats here and there: last year's TV/DVD debuts and festival titles (with no future release date as yet set) are allowed - ditto the films which may have debuted in other countries the year prior, but have been given a release here, however limited. But on the whole I stick to the tidy start/end year cycle. I find it keeps things in some kind of order, more or less. Because: It was an arousing and exceedingly well photographed film, with a visual style uncommon in much of recent modest-budget American cinema, made by a confident first-timer unafraid to let their giddy side explode with a glad sensuality and subdued sincerity at once. Its detractors all moaned about "style over content", but think: if Ford under-styled it he would only have been wrist-slapped for being not stylish enough. A fashion designer directs a film and folk want it to be anything but sumptuous? I can't get behind that. Plus, Firth was excellent - his best role yet (inclusive of The King's Speech hoopla) - and Moore added great sozzled pathos. Everything else was nicely, stylishly sublime. I eagerly await what Ford does next. 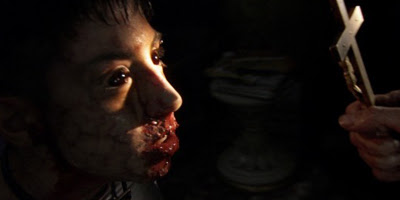 Because: It was a no-fuss, get-in-and-get-messy sequel with little more on its fetid mind other than a cranked-up and dash-fuelled visual assault which doesn’t like to wait for anyone. The first [Rec] was a splendidly serviceable and intimately shambling zombie flick; this follow-up shifts everything a click or seven higher whilst still maintaining an icky and contained atmosphere. 2010’s other trapped-with-zombies-in-public-housing movie La horde was great, but not on the frenetic level of Jaume Balagueró and Paco Plaza’s film. (I love that one year can have two such strong entries in this, um, unlikely field!) It is essentially more of the same as far as plot propulsion goes, but the filmmakers have the gall to pig-headedly expect our trust again (after the gangrenous gore the first time) and the insight to unsettle us in newer ways. On this evidence [Rec]³ will be like entering semi-detached hell. 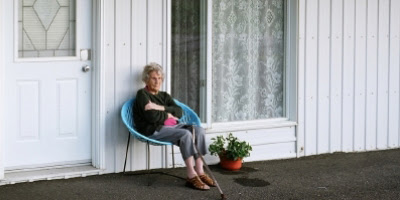 Because: Its unobtrusive documentation of the lives of people who we don't often get to spend willing time with - especially in the measured way Caissy specifies - came as a waft of fresh air. Many moons ago I saw a small Canadian indie film on TV called The Company of Strangers, about a broken-down bus load of pensioners who rest and bond by an unused lakeside house. Journey's End - somewhat similar in tone, albeit dealing with fact - reminded me of the happy memory of that film, which has since proven to be difficult to obtain and /or see again. A disparate collection of elderly folk again here gather in a once-abandoned building in remote stretch of Canada (it was formerly a motel; now a fully-operational retirement home). With simple finesse the camera merely observes their daily lives. It's a good-natured, and, in minute ways, rather beguiling film. A final tracking shot - which sees a lone resident do a full circle of the home on foot -  is both gently comical and beautifully filmed. A minor treasure. (More on Journey's End) 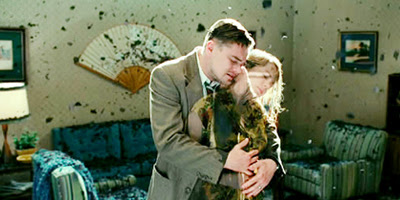 Because: I liked that Scorsese decided to mine the anals of spooky cinema history for a filmmaking project that he interpreted into his own personal take on the haunted house - or, well, asylum - film. It was plodding, overwrought and full of bolshy visual grammar too bulbous to mention at times - and the titular island could barely take the weight of all his cinematic reference and grand flourish - but it thrilled me like no other Scorsese film has in recent memory. It felt alive to experience - however daftly rendered. The bombastic music, top-notch cast - all delving into creatively ridiculous waters - and caustic visuals all nodded in the direction of many old films I, and many other horror fans I'm sure, love. I was happy that Scorsese and co. showed they love them too. He shows his influence on his sleeve, but it's better than badly remaking an unnecessary classic. Let's call it Eclectic Shock Corridor, shall we? 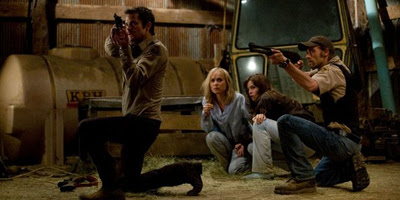 Because: Car wash of death! Small-town lockdown! Combine harvester of Terror! Garage/diner fight-off! And all the other good bits in between those good bits. Timothy Olyphant and Radha Mitchell were one of my very favourite screen couples of the year: believable, likeable and resolutely unobvious in a subtle way. Plus they both have the genre chops to make a film liuke this shine. There was plenty of acute detail in the way director Eisner and his crew outlaid the panic of a virus outbreak and how its containment might very well play out - and all the time making it entertainingly thrilling, energised and evenly structured. The thrill of empty towns combined with desperate heroics was conveyed with gutsiness and juice. Sometimes that’s simply enough. More like this would not go amiss. 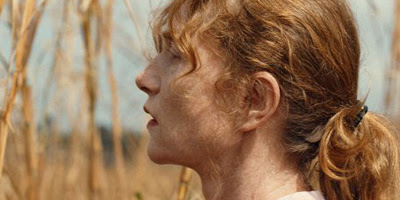 Because: One of the many highlights of watching Claire Denis' latest was studying the multiple variations of frazzled emotion which emanate from Isabelle Huppert's endlessly watchable face as she frets and contemplates her way through the mysterious drama of the film. It was a heady, visually irrational and at times perplexing film. But with Denis I wouldn't want it any other way. It wondrously falls in line with disjointed, less cohesive work such as The Intruder (2004) more than it does with 2009's 35 Shots of Rum (incidentally my number one film last year). Denis is in full control of her brilliantly haywire directorial compass, but she's far from merely serving up another dose of predictable arthouse fare. She mines a singular path and finds ways to mess with the limits of what she can make the film frame do. Every one of her films is markedly different from the next; each new one contains the zest and openness of a first-time director. Beau travail indeed. More on White Material 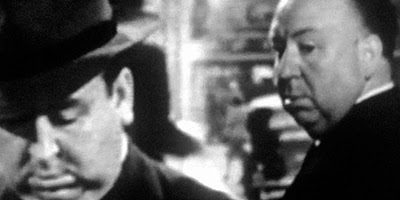 Because: One of the best things about watching a lot of footage, or reading multiple accounts, on Hitchcock is the knowledge that he was rather a playfully cheeky old goat, just as much as he was a serious film artist. His refreshing trailers for his films and TV side projects showed his sly side off nicely. There's plenty of japery on display in Grimonprez's experimentally involving documentary/art piece, and plenty of intriguing content, too. The film veers off into odd unforeseen directions - so quite like the tricky narratives of some Hitchcock films themselves - to also make social and cultural points about the real-world time frame of Hitchcock's work. It utilises found footage, clips, trailers, specially-recorded inserts and adverts, plus much more, and splices in a visual essay on doubles and their meanings into the pot. The sheer barrage of intricately, oddly assembled visuals and the emotive thrill they induce is what makes this one-off fly. Ah, Hitch remixed. Encore? 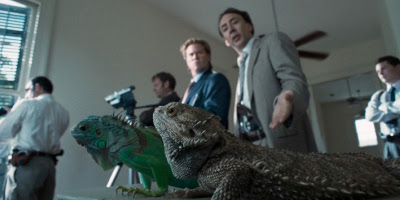 Because: It's Herzog's human aquarium. It's ridiculous, sublime, full of beauty and scum, and always only a few shades shy of absurdity. Actually, it embraces aburdity like a favourite blanket. People come, go, flirt with the central narrative and occasionally impact upon it: Val Kilmer, Irma P. Hall, Eva Mendes, Brad Dourif, Fairuza Balk, Jennifer Coolidge, Xzibit, Vondie Curtis-Hall, Shawn Hatosy, Shea Whigham and Michael Shannon all metaphorically assist Cage in flipping the bird to orthodox performing. I was enthralled by the way events almost inconsequentially stumble along, not really finding a foothold on a solid narrative path. The plot, like Cage, gets sidetracked and veers off down enjoyably demented avenues, with pit stops for flashes of daft ingenuity - like an alligator's POV shot of roadside carnage, a freshly-dead break-dancing corpse, lots of iguanas (see above), and so on. Once in a while it's creatively healthy to let things casually break apart; Herzog, Cage and co. provide more than sufficient glimpses of magical evidence for Bad Lieutenant's duration. (More on The Bad Lieutenant: Port of Call New Orleans.) 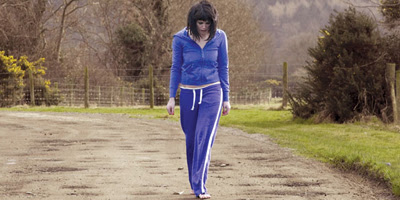 Because: The set-up, execution and resulting tension were all expertly handled. ( I like that it came from a new voice in British horror/thriller filmmaking, too.) J Blakeson clearly knows the scales when it comes to composition, colour palettes aptly reflecting desperate mindsets and the slow-release drip of suspense. (For those who've seen the film, think of the amount of time, between tense moments, that we have to ponder the patchy yet tantalising psychology of the three main characters' predicaments.) He also knows how to tease a viewer into expecting one thing, but embrace getting hit in the face with another. He knows pace; it's slightly skewed but memorably drawn out into something far more inspired than what you might have initially suspected. There are hints of Deathtrap, the play and film, and Shallow Grave here, but it's its own slender beast. There's a bold absurdity to this kidnap tale that the film takes on board in slyly piecemeal nuggets, which it then attempts to bronze into something fresh and involving. It succeeded incredibly well in my eyes. 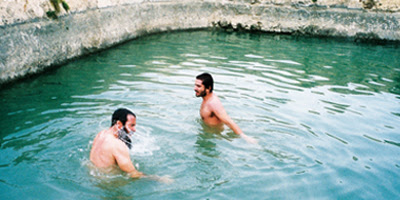 Because: Something about Tabakman's openhearted and quietly involving film was incredibly thoughtful and all-round intoxicating. It was a tender, wonderful tale of repressed lust and blooming love. I want to say it's an orthodox Jewish take on the whole Brokeback Mountain thing, but that line of inquiry tends to posit the idea of easy mimicry within the film. It's more than that. It's on the same track, but the emphasis has shifted somewhat; the religious aspect adds a dimension which is at once timeless and refreshing. There was the documentary Trembling before G-d a few years ago, but as far as homosexuality and Judaism go there hasn't been much on offer that explores both so well in recent cinema. Both leads (Zohar Strauss, Ran Danker) were splendid and believable, and nicely aroused sensitivity in their respective roles. The limpid photography aided the aura of burgeoning sexuality and mutual lust through its use of uncommon palette, and the film had a corker of an ending: both heart-wrenching and appropriate to its themes. It's a shame that Eyes Wide Open didn't make the top ten.