Without too much fuss or fanfare, here are my ten selections for the top male performances of 2010. The usual 'also good' bunch (or next ten) are below too. So who's on the list? (All performances are taken from films released in the UK between Jan. 1st and Dec. 31st 2010.) 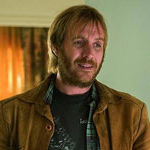 Because: He's that dryly wizened soul always used by the main male character (in films such as this) to try and bounce his often all too woeful life-choice ideas off, and almost always only referred to in times of dire need. The immediate, disposable old pal and sidekick (last seen best embodied by Peter Sarsgaard in Garden State - the best thing about that film, as Ifans is with Greenberg here). In other words: he's much more interesting than the lead. But this time he's never been more right. It felt as if Ifans read the script, considered it, cast it aside, then delivered his lines like a guy unshackled from the fuss of typically demonstrative behavior and just gave off a vibe, a truthful feeling. He was in every way his own man. A miniature yet revelatory performance of unkempt goodness. 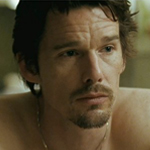 Because: In the last three or four years Hawke has made a trio of films where he's a guy stuck between a rock (crime) and a hard place (New York): Before The Devil Knows You're Dead, Staten Island and this film, Brooklyn's Finest. He's excellent in all three. I'd love for him to in future get far more praise for his work than he has been presently - to my immediate knowledge anyhow. His role as NYPD fallout boy Sal Procida was electrifying in small ways. (The ways are small because he shared screen time with three other great performances.) The above-mentioned triple criminal threat on screen should rightly ensure the beginning of a sizeable comeback for Hawke. If it does, a big hurrah is due; if not, then a pity, but he'll still jack the screen up with a singular charge. 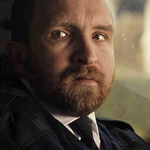 Because: Marsan cropping up in a film you happen to be watching will be a great surprise. He certainly was in Heartless last year, which I knew mainly as the return to cinema of Philip Ridley more than for any casting choices. Marsan pops up some way in and jigs the film to life somewhat. He's the best thing about it - though it's not at all bad, just disappointing overall - and makes great use of his comic chops. In Alice Creed however, as elusive and perplexing ex-con and kidnapper Vic, he has a role to sink his teeth into. He utilises all of his best attributes - like some of the stressed-out, bordering-on-psychopath traits of his Happy-Go-Lucky character - but smooths them into something else entirely. Vic spends much of the film in a desperate state (see it to realise how much he's wound up), but Marsan never lets caricature or over-indulgence creep into his psyche. Any more information will run the risk of ruining the film's wily turns; know that both it and Marsan are excellent. 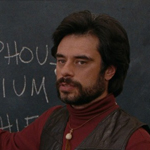 Because: Part of my initial reluctance to see this (I saw it very late in the year) was to do with Clement’s role in what could possibly be one of my all-time least favourite films, Eagle vs. Shark. I loathed his character and everything about the film. But having been told by many trusted folk that he’s stellar in Flight of the Conchords, I gave Hess’ third film a shot. It was my favourite of his so far. And Clement managed to wipe away all ill trace of his Eagle vs. Shark persona with his hilariously insincere and plagiaristic sci-fi author Dr. Ronald Chevalier. Spot on line delivery is one of the all-time daft arts of comedic perfection; Clement weaves wonders with his voice box and pin-sharp timing (he makes merely answering a phone turns into a minor stroke of comic genius). His is one of the most truly surprising performances of last year. And the most joyfully daft. 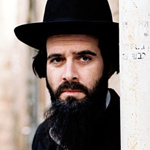 Because: Shtrauss plentifully adds to that great and often over-indulged conceptual cinematic sub-category, The Cinema of Looking, in a variety of ways. As Aaron Fleischman, a repressed homosexual ultra orthodox Jew, with a family on one side and a new male lover on the other, he does much pupil-based soul-searching and indulges in more furtive glancing than Heath Ledger and Jake Gyllenhaal in Brokeback Mountain combined. But he’s darn good at it; he does it so well that at times he communicates more because he neglects to open his mouth. It's, to my estimation at least, the best way in which the film's English-language title is defined. Hurrah to underplaying a part! Shtrauss’ acting is solid stuff and you can bet that his last scene a true heart-sinker. 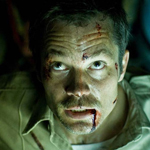 Because: If there’s an actor who genuinely deserves the star status that he’s often fallen shy of, and that many of his peers don’t perhaps deserve (mentioning no names), it’s Olyphant. I often gabble on about my favourite genre actresses, but Olyphant would come closer than most to topping a list of favoured male genre actors. His cool and collected sheriff David Dutten in The Crazies was everything a straightforward, no-fuss lawman almost single-handedly counter-managing a virus epidemic should be. He aced the action scenes, convinced in the emotional dialogue with Radha Mitchell and carried his solo moments of wry introspection with aplomb; and managed to supply them all with a droll humour subtle enough to be read as knowing, but never come across as overly ironically or misjudged. (Yes, this is possible in a fast, cheap remake of a genre B-movie title.) Every casting agent should put forward Olyphant as much as possible for, well, everything really. 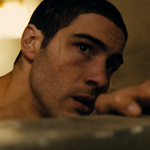 Because: As far as I'm aware, Rahim came from nowhere - he was a (relative?) unknown - to do what he did in A Prophet. It was one of the most confidently balanced and astutely unpolished performances of 2010. I can't say I truly adored the film itself. It was an engrossing watch, but I don't see it as the modern masterpiece many do. Its true dynamite element was Rahim. It's clearly his film and he grasps it firmly and drags it to hell and back - and back around again for another circuit - with him. To have as your introduction to cinema a role such as Malik El Djebena - a technically illiterate, but technically smart pawn in a criminal world, both in and out of prison - is surely an ideal way to grab the cinema-going world's attention. Rahim is now in the spotlight for all the right reasons. Imagine what great roles he could and should go on to play? 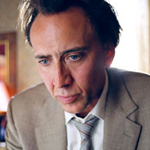 Because: It's obviously Cage's film to wholly own, and own it outright he does: he's its over-emotional and fully energised epicentre. His performance is all over the place, but despite displaying some of his most outlandish actorly quirks yet, it's never a laughable performance (more laugh-with-able). He's a dervish of both bafflingly disturbing and entertaining outbursts - whether simply giggling, through drug-induced fogginess, at the name 'G' during an interrogation, threatening information-withholding pensioners with firearms or almost maniacally enthusing to Eva Mendes about a meaningful keepsake - that co-motor the film along with Herzog's wayward technical zest. Like the film itself, Cage gets sidetracked (by his own performance demons?) and veers off down enjoyably demented avenues, with pit stops to pause for flashes of daft ingenuity. He is, as this film quite demonstrably proves, watchable in everything. 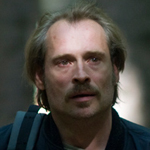 Because: Although we never get placed right within the psyche of Krisch’s character - ex-con Alex, now a security guard who, along with his prostitute lover Tamara (Irina Potapenko) flee the seedy stripping and crime scene, but sadly head toward tragedy – he makes us care about what happens to him; even making us tenuously implicit in his plight. (To reveal exactly what that plight is – it relates directly to the tragedy – would risk spoiling the plot for anyone who hasn’t seen the film, so I’ll leave it hanging hopefully tantalisingly.) But we see Krisch in nearly every scene. He’s been toughened by rock-bottom unfairness and is duly a crumpled mess inside; his demeanour that of a wild creature withholding its constant suffering for fear of showing weakness. Krisch makes this superbly involving drama even more compelling with a truthful, world-weary focus. 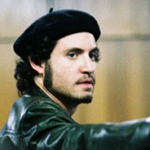 Because: Over Carlos' startling, well-travelled and engrossing 5 ½ hours, Ramírez, with a great matter-of-factness and sheer energy, covers a lot of acting ground - as much emotionally complex ground as the plot literally takes in in geographical and time-span terms. It’s a defining and boundless performance, full of gritty, bolshy charm and vivid feeling - and just about a ton of similar vigorous stuff thrown in between all that stuff. He plays Carlos the Jackal as a multifunctional tower of masculine force - and makes him both curiously pitiable and strangely admirable in various ways. That Ramírez didn’t leap to the top of every critical list or grab, without question, every major acting award this season is plain barmy. (The probable boring snafu to do with Carlos being ineligible because it's ostensibly a work of television has much to do with this, but no matter.) He sauntered over every other male performance in 2010. And he did it with more ragged style, passionate commitment and straight-up electricity than any number of perhaps more obvious recent award-winners could muster in half the running time. I could barely take my eyes off him for even one minute of Carlos. It’s a clear top-level performance.

Next: female acting then top ten films.
Posted by Craig Bloomfield at 20:32