This week my "Take Three" column (every Sunday, three write-ups on three performances in a supporting/character actor's career) over at The Film Experience features Burgess Meredith. 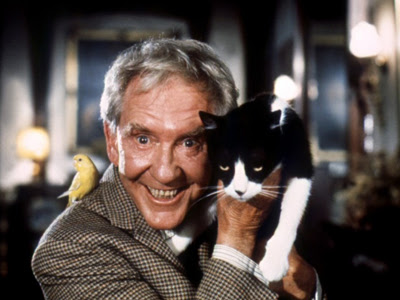 Take One: The Sentinel (1977) Watching Michael Winner’s high-pitched horror The Sentinel has two great side effects: one, you get some great ‘70s New York apartment porn (with the bonus of having Ava Gardner as your guide); two, you’re treated to one of Meredith’s most under seen and relishable performances. It came a year after his Supporting Actor Oscar nod for his signature role as Mickey in Rocky. He plays Cristina Raines favourite new neighbour Charles Chazen, a dotty, slightly effete, amiable and – oh yeah – imaginary elderly resident in the suspiciously cheap waterside Brooklyn Brownstone. He lives happily with his parakeet, Mortimer (also imaginary), his cat Jezebel (the meows sound real), and a blind priest sentry guarding the apartment block from all the demons of hell. So, yes: he leads a simple, gentle life...

Read the rest here
Posted by Craig Bloomfield at 18:06