Films of the Year 2011: Male Performances

I posted my picks for female performances yesterday, so to go alongside it, as ever, here are the ten male performances of the year that I enjoyed the most. And as with the female list, there's a second-tier list of performances, 20-11, first:

The Top Ten Male Performances of 2011:

Last year the calibre of the male performances was higher than this year – and I still had trouble selecting twenty, let alone a top ten (but here it is for perusal). At the ten end of the list is Cris Lankenau for his affable role in Cold Weather. I enjoyed how he casually navigated his way around the tenuous mysteries of the film: it was a natural and likeable performance. Paul Rudd stood out of the starry cast of How Do You Know. He always charms easily, but it’s a trait I never take for granted. His exasperation and amiability shone here just as much as it has elsewhere – and the rooftop scene where he frustratingly attempts to barbecue a steak was a favourite 2011 comic moment. Paul Giamatti is always solid in most films, and he was typically assured in Win Win. He can do the kind of put-upon everyman role he does in the film effortlessly, but he added an extra zippiness to complement his character’s crestfallen vibe. John C. Reilly was good in We Need to Talk About Kevin, but even better in Terri; it’s perhaps one of the best things he’s done. If the Academy wants to strike the right note in February, he should be duly nominated for a Supporting Actor Oscar. He does wonders with his support role. The very same could be said of Yûsuke Iseya in 13 Assassins. In a film which contains many great physical turns, his was the cheekily ragged standout. His performance was sly, charming and oddly moving - a welcome respite from the massacres depicted over the film's duration.

Just like Michael Fassbender, Ryan Gosling and Tom Hiddleston, Chris Evans had a handful of films out in 2011. In, respectively, Captain America: The First Avenger, Puncture and What’s Your Number? he was heroically sincere, vigorously committed and daft as a ferret and refreshingly breezy. All three were delivered with the requisite pitch-perfect levels of exuberance and skill required for these three entirely different films. He’s shown he can master a varying range of styles and genres: now let’s see more of it. Another actor due just a bit more praise, I’d say, is Matthew McConaughey, who weaves a rakish spell with his best role in years, perhaps ever, in The Lincoln Lawyer. He played it smart, savvy and with just enough of a hint of playboy noir. He was shabbily captivating. Of the two lovely performances - from Tom Cullen and Chris New - in the very becoming love story, Weekend, I was taken with Cullen’s just a bit more. It was his character, Russell’s, story, essentially, and he gave a beautifully measured and affecting turn. He should rightly go on to more great roles as soon as possible. Daniel Henshall’s role as serial killer John Bunting in Snowtown is one that I won’t forget easily. His intricately ghastly mannerisms and actions, both major and minor, were hard to shake from my mind after seeing the film, as they are now; his riveting performance is hard to shake. Depicting real, unfiltered evil as Henshall does takes serious acting chops. Top of the male acting pile, though, is Ben Foster in The Messenger. As soon as the film finished I wondered if I’d see another performance which could surpass it for sheer boldness and conviction. As an ex-U.S. Army Staff Sergeant assigned to the Army’s Casualty Notification department, he was both subtly assured and deceptively volatile, depending on the circumstances within the plot. He expertly commanded every scene he was in. It’s a performance on the level of any of the great actors – but from a relatively unheralded character actor. More kudos, and more brilliant roles like this, should be directed Foster’s way. 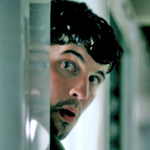 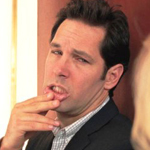 09.
Paul Rudd
as George
in How Do You Know 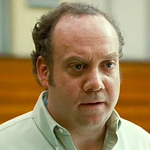 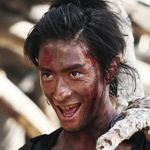 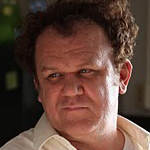 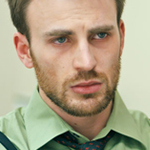 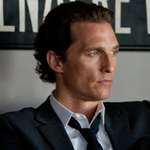 04.
Matthew McConaughey
as Mick Haller
in The Lincoln Lawyer 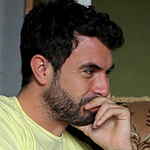 03.
Tom Cullen
as Russell
in Weekend 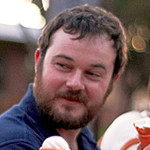 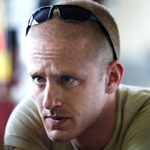 01.
Ben Foster
as Staff Sergeant Will Montgomery
in The Messenger