Films of the Year 2011: Worsts (or Come On Folks, You Can Do Better Than That)

With little need for an introduction (the heading says what it is), here are the ten films (plus another, back-up ten listed) which grabbed, thrilled, impressed and entertained me least this year. (As ever, all films were released in the UK between Jan. 1st and Dec. 31st. Or thereabouts.)

01. For Lovers Only (Michael Polish) 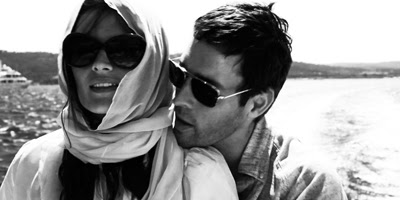 For Lovers Only: an in-love couple contemplate whether to be in love on a beach or a bed.
It resembled an overlong Calvin Klein perfume ad that no one asked for. Or an extended segment of Paris je t'aime that no one wanted. If you can imagine a third-rate homage of not just a Jean-Luc Godard film, but – worse than that – the “essence" of a Jean-Luc Godard film, then this is the film for you. I’d have been left comatose by director Michael Polish’s unbearable pastiche had I not been constantly wriggling in my seat desperate for it to end. Lovers in bed. Lovers on a beach. Lovers on mopeds. It was excruciating: one draining scene of internalised longing and woe after another. It’s love story as art-directed hipness: for posers only - so, like most scent ads with a passing knowledge of the French New Wave, then. However, recast it with zombies...

Things randomly happening in crass, haphazard succession. Repeat until fade. More of the same, exactly the same, as the first part but only occurring in a slightly shuffled sequence. It’s a money maker. A quality-proof hit-creating concept s-t-r-e-t-c-h-e-d out into a tediously bilious infinity. I’m now fully done with Bradley Cooper & pals’ tiresome escapades after two joyless jaunts. It’s the kind of film which proudly bellows that it doesn’t care about what it promotes or says because it truly believes that it belongs in a state of post-ironic universal acceptance of all things, however questionable. (Men can do what they want anytime, all the time; transsexuals are to be laughed at anytime, all the time, and so on.) That’s just the beginning of what’s so wrong about these godawful films. And another thing: it simply wasn't funny.

This and Bad Teacher both made me laugh once. Not each; they shared just the one laugh between them. Although, I’m not sure, it could’ve been a hiccup. Or a long, drawn-out boredom sigh. Natalie Portman proved that Black Swan may very well have been a brilliant fluke; James Franco bizarrely replicated his Pineapple Express persona... but in chainmail, and without the charm; Danny McBride came off least inept, but he misfired eight jokes in every ten. (I loved "No! Not triangle face," however.) David Gordon Green showed refreshing comic chops and did a cheeky about-turn with Pineapple, but now he’s just exposing to us to his rotten comedy cavities. He’s laughing at us, not with us, surely?

Most Deathly Boring Movie of 2011 goes to... this Sean Penn/Naomi Watts dud. In it, someone, maybe several people, talked about tubes a lot, if I recall correctly. Someone stole some tubes? Someone ate a 'yellow cake'? Naomi Watts definitely said, “I have a critical operation in Baghdad... my contact’s packed and ready to go!” as if her hair straighteners depended on it. And then: “something something covert agent... something something tubes something breaking point... something gimme some of that yellow cake filled with uranium.” Or something. I spent most the time wishing Brooke Smith had been given the lead role instead of one superfluous scene and watching extras mill about as if they had any purpose. Real-life dramas have never felt as inert or as innocuous as they did here. 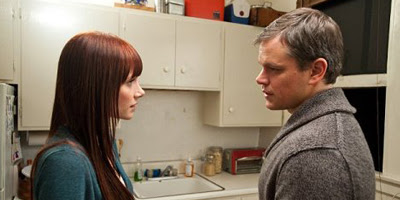 Hereafter: Matt and Bryce were contemplating chopping some tomatoes. Again.
Clint’s feel-bad tsunami deathfest, Hereafter, a human drama with a supernatural leaning, is out to prove that, yes, he can make a worse film than Gran Torino. It's uninspired filmmaking: lazy, largely pointless and ultimately lacking in any clear meaning. At one point Damon joins a cooking class which solely consists of lengthy bouts of slicing tomatoes with Bryce Dallas Howard. The acting was fair (Damon) to ropey (the McLarens twins), its unceasingly dour pace was a dull, myopic trudge and its take on all things supernatural was both unoriginal (blurry spectral figures, pallid faces everywhere) and selective (all British mediums are hacks; American ones are genuine). Everybody spoke with plaintive reverence as if God was listening and cared what they had to say. But, on a brighter note, it was the only film ever to end on a meet-cute outside an Oddbins. So there's that.

Do well regarded actors always make good directors? I’m guessing some look maybe look toward, say, Mel Gibson or Clint Eastwood before they arrive at Hanks. Although I care for neither of the above pair’s behind-the-camera escapades (see #5 above), at least their directorial efforts have a sustained impact, personality. Any jobbing director-for-hire could’ve directed That Thing You Do! or Larry Crowne. When I think of Hanks’ persona, his comic persona, it doesn’t translate to what we have here. Roberts lazily smugs it up as someone we’re meant to find caustically, endearingly amusing, but who is actually unbearable (an actress of Michelle Pfeiffer's top-dollar calibre could've made this role sing); Hanks pratfalls to little use; the support cast zone out. And, ultimately, so did I. Watch Everything Must Go instead. It’s a much better treatment of this idea.

07. You Will Meet a Tall Dark Stranger (Woody Allen)

You Will Meet a Tall Dark Stranger - or Dusk in London, if you want to be glum about it, and I evidently do - was entirely dire. This is coming from someone who generally loves Woody Allen. When well-loved actors (Anthony Hopkins, Naomi Watts, Antonio Banderas, Josh Brolin etc) appear to find it hard to articulate their thoughts convincingly, warning lights flash; when they aren’t able to comfortably arrange their own bodies within a film frame, warning beacons flare up. Very little was amusing, let alone actually, technically funny and the plot was a haphazard slog; the construction of each scene – framing, blocking, art direction etc – was too fudged to register as believable. It's a real catastrophe when capable actors flail even when they’re just meant to be opening their gobs and picking up bar snacks. I’m not certain Woody was actually watching what was happening. It’s one of his biggest misfires. 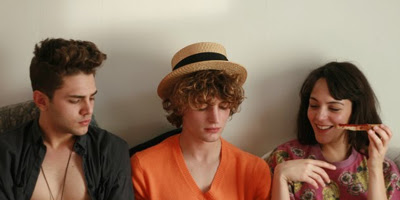 Heartbeats: three hipsters contemplate their navels. In turn and at length.
I surprised myself by watching another film directed by Xavier Dolan after feeling infuriated by the achingly hip and irritating I Killed My Mother last year. But in the hope that a follow-up might unearth something fresh I gave his second directorial outing a fair pop. I’m not sure which film I disliked more. I find it hard to care about the kind of self-regarding, smug people that populate both films. They were artfully dejected types who bored me senseless, with their transparent woes on lust, love and what was happening only directly at the within their privileged spheres. Dolan’s overly showy directorial tics could be explained by his neophyte position, perhaps, but I have a sneaking suspicion that he throws everything into the frame because anything less would reveal his bare-boned talents as all too empty. Heartbeats contains some of my least liked types of filmmaking: affected, whiny and ponderous.

Or: Wes Craven's Snoozeround. Both Craven and John Carpenter – two bearded titans of the most fondly recalled horror of the past three decades – made returns, of a certain type, to horror-genre filmmaking this year. Carpenter let us onto The Ward; Craven added Scream 4 to complete(?) his success-decreasing series. He supplemented it with My Soul to Take; and I wish he hadn’t. After the opening titles and a bare introduction to what's likely going to happen over the next 90 minutes, it peters out into A Nightmare on Elm Street the junior edition. Something I never thought anyone wanted, needed or even actually ever contemplated. Soul was a sure sign that Craven is, yikes, way beyond his 'best before' date.

10. Hobo with a Shotgun (Jason Eisener)

I didn’t quite understand why people started to think of films like this and, say, Machete as genuine throwbacks to Grindhouse filmmaking; or, more bafflingly, when they were labelled as genuine (albeit contemporary takes on) Grindhouse films. It felt odd. In fact, the films talked about seemed like weak parody more than definite new entries. Especially Hobo, a pastiche of flaky style and misjudged proportions. But I guess if you shoehorn Rutger Hauer into the lead and make him aptly desperate and dishevelled (ditto the grimy sheen of the filmmaking), some folks will buy it. It’s all affect; it’s all appearance. It looks like old 35mm film fucked to the point of abandon, or VHS fuzzed until forever. So therefore it’s authentic enough? I’d rather see the actual films made during the “mucky” period of the late ‘70s-early ‘80s (The Exterminator, Savage Streets, Maniac etc) to see what it was genuinely all about, rather than see a feeble fan-made imprint.

The King’s Speech
Bad Teacher
Kaboom
Horrible Bosses
Super
Ward No. 6
Limitless
Transformers: Dark of the Moon
Beastly
I Spit on Your Grave
Posted by Craig Bloomfield at 14:33