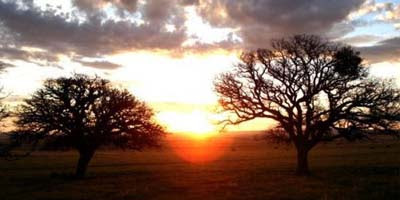 Carlos Reygadas is a fairly young filmmaker at 38, but it seems that just after three features – his 2002 debut Japón, Battle in Heaven/Batalla en el cielo (2005) and Silent Light/Stellet licht (2007) – he’s attempting to prematurely plough himself a path as an old master, it seems. It's especially visible in Silent Light, his latest. It feels as if he’s deliberately made the kind of film – slightly too po-faced or high-minded, the kind of beloved title that festival-goers are keen to quickly lavish praise upon – that may well goad critics into spouting a few BIG WORDS and pronouncements to cement him a quick reputation in certain circles as one of the new significant art film auteurs of our times. But is he... yet? Though, if anything, all the raves will read well as strap-lines on the poster.

But it isn’t so much the thought of all the none-too-hasty, gushing adoration that might be applied to him so far that feels slightly over-the-top, it’s the way in which nearly every image in Silent Light comes dressed in ostentatious flourishes that seem to beg nothing less than nonpareil reverence, or demand some kind of unequalled, if rather empty, awe. Whether or not he deserves such high praise quite yet, I’m not sure. I think he may be a bit hurried in his desire to be a Big Name before his time, to be already seen as the next Andrei Tarkovsky or the new Carl Th. Dreyer, or whoever he wishes to simulate next (these two venerable wizards of world cinema, along with Kiarostami, are the likes of whom he’s name-checked himself). It’s no bad thing essentially. He’s certainly an ambitious filmmaker, and should of course be applauded for this; his films often feel singular and in certain instances look uncommonly out-of-step with many art cinema trends, but his visual invention often comes unattached to solid emotional content. He’s staunch in his determination to dazzle, and overall he favours the expansive image over the temperate. But with Silent Light I felt like I was watching an artist only flexing his technical expertise, exerting cleverness with a camera because he can, not because he has something indispensable to say. 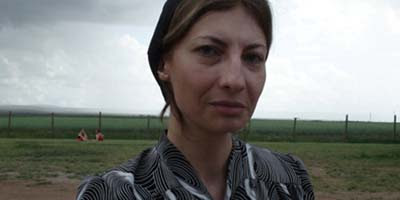 Silent Light is much less then the sum of its parts. There are indeed some awesome (and awesomely astounding) sequences and a few smaller moments that are impressive, too: for instance, a slow tracking shot into a darkened garage space that gradually reveals a blossoming light inside is filled with a curious beauty. But moments like this are segmented from the overall arc of his sparse narrative and are too few and far between to contribute to a whole, truly great film. The atmosphere is heavy, often too heavy, with loaded symbolism, earnest signifiers of The Other and scenes of human suffering so painfully, tediously lofty that it drags the film along almost like a burden; a lot of it feels like dead weight.

Some parts are immediately stunning: the bookend shots that open and close the film, of dawn breaking and night encroaching, elapsing in single, long-held shots, did make me gasp at how pretty they were, and curious as to how he attained them, but they were nothing but examples of look-at-me visual elegance – and Godfrey Reggio pulled similar time-lapse tricks nearly thirty years ago, with Koyaanisqatsi (1982) etc, anyway. And a scene of the main protagonist’s (a Mennonite who’s embarks on an illicit extra-marital affair) children swimming and washing purposelessly in a lake, occasionally staring vacantly at the camera, has a light and unprocessed feel – although another way to look at it was as if Sofia Coppola was making a shampoo ad featuring the Children of the Damned.

His other two films worked much better, though they, too, still felt slightly laden with too much influence, although not as consciously so as in Silent Light. Battle in Heaven, in particular, felt more controlled and stylistically more open to organic development, more his own; I saw fewer borrowed traits in it. Its visuals contained a vigorous pull, the content contained moments of fury and questioning, all of which nicely enhanced the entire film, more than just providing filling for the sexually explicit, controversy-baiting bookend sequences. And at least by attempting to explore new ground in Battle Reygadas earned all the controversy, it was his to defend, and the images appeared largely undiluted by overt influence. For me, the 'difficult second film' issue didn't apply. It went one better too: it felt like a film made by a 38-year-old director vividly experimenting with the film frame and searching for a truth beyond mere imitation.