Desperate Living: A Woman Under the Influence (John Cassavetes/1974) 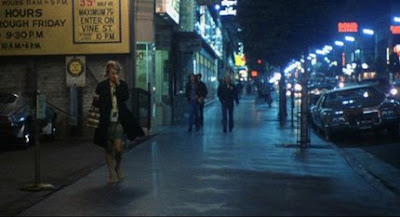 Street life: Gena Rowlands wanders in A Woman Under the Influence

A Woman Under the Influence is an astounding and incredibly moving film, without a single wasted scene or false moment in it. Cassavetes’ open-ended, improvised approach to filmmaking is, to me, one of the most effective kinds. His films - I’ve found, having seen my first five over the last year or so - have a singular style (he was one of the biggest pioneers of genuinely independent filmmaking in the ‘70s). His approach to telling stories about people off-the-right-track comes from an angle of deep-rooted humanism and regard. In Influence a scene will perhaps last for 20 minutes, and seemingly cover very little narrative ground, but the focus is on establishing small grains of truthfulness that build up to form an overall portrait of people’s lived existence that has a bold, lasting effect.

Gena Rowlands is Mabel Longhetti, a housewife who is (possibly? Probably?) going slowly out of her mind. It’s never firmly identified as any typical idea of insanity, but it’s clear that she doesn’t fit into the conventional mould of day-to-day living. It’s in everyone’s minds that Mabel is ‘losing it’, but the evidence for this is blurred at the edges. Her husband Nick (Peter Falk) may be embarrassed by Mabel’s behaviour – the excessive drinking, shouting, flirting and general histrionic behaviour - and duly has her committed, but the regret and resignation etched on his face speaks volumes and begs questions about the nature of his marital commitment. He loves her completely (something we never doubt), but feels that he can’t live with her the way she is. The dramatic conflict of emotion arising from this situation is honestly heartbreaking. 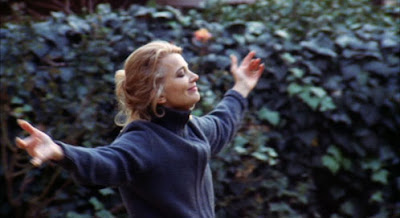 It’s interesting to observe how the couple’s children actually have fun in Mabel’s company, whereas fun is strained when they are with Nick – shown in a memorably cringe-inducing, though very affecting scene when he takes them on a trip to the seaside. Each scene, in fact, is drawn out to its natural conclusion, but not a single moment of screen time is squandered. The editing is sharp and conducive to constructive narrative progression. There isn’t anything phoney in the film at all; nothing in the cutting, the acting or the direction feels flabby or dishonest. Some of the best moments are fleeting: Rowlands, shoeless on the street, in an overlong overcoat, cigarette in hand, bag draped over her arm, wonders into a bar eager to connect with someone who hasn’t already put their stamp on her life; she conveys the habitual sting of a lonely mind, in a few effortless gestures, in a matter of minutes.

Better still is the scene of Mabel waiting for kids to return from school (after she has spent some time away from them – in the hospital, have been committed). She nervously darts between road and pavement waiting for the school bus to come around the corner. Her excitement is feverish: she desperately needs to see her kids. Other, perhaps more socially adjusted, mothers also waiting shoot her awkward glances, but she absently thumbs them off whilst blowing raspberries at them. You instantly feel her new-found, undiluted pride. Her attire may be shabby and her behaviour erratic, but the unfaltering need to be the best person she can – for her husband, for her kids, for the longevity of her lifestyle, and, overall, for herself – is never in question. Rowlands is staggering in the film. Her face, in all its crumpled, unabashed gracefulness, acts as the film’s worried mascot. In numerous ways, she’s the original desperate housewife.