Ten Reasons Why I Like the Dawn of the Dead Remake

Zack Snyder's 2004 Dawn of the Dead remake was a great film. Romero's original is one of my all-time favourite films, so it had a lot to live up to. But it worked for me - here's why: 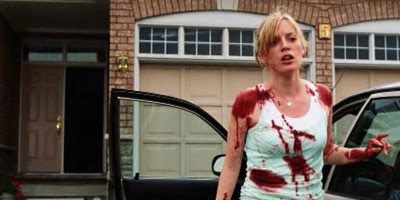 Sarah Polley has more than car trouble to worry about

1. As I mentioned above, it's a remake of Dawn of the Dead (1978), one of my favourite films of all time. There was always a high chance that I was going to like - or at least appreciate or give the benefit of the doubt to - any revamped version of it, unless the person responsible royally messed it up. On the whole I’m not a remake basher (the original versions are still there: remakes accompany, they don't replace). I don’t think to be so puritanical as to feel that the '78 version shouldn't ever have been remade (unlike the many, many Psycho (1998) detractors). On the whole, the more zombie films getting made the better. Even if the quality level is variable, I’m willing to give them a chance. I can take it - I positively encourage it. Why can't it be good news?

2. Along with the excellent Shaun of the Dead (2004) it, in some way, helped get Romero's Land of the Dead (2005) off the starting blocks. To reiterate: it assisted in helping Romero make more films. Good news, again.*

3. The first ten-or-so minute intro scene, before the opening title sequence. It’s a great set-up: solidly paced, crisply edited and contains a real desolate feel for what's to come. Its gradual building of a tense atmosphere sets a standard that is sustained throughout the film. It's apparent from the start that Snyder's not messing around.

4. The decision to cast Sarah Polley as the main protagonist, not some randomly selected work-a-day actor (see any number of bland actors cast in Michael Bay-produced horror rehashes). It's a good sign when refreshing, capable actors get cast in projects such as this. 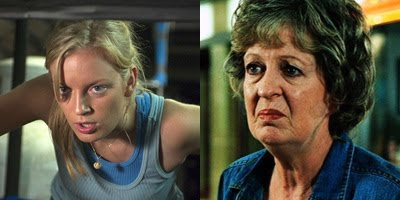 5. The actress Jayne Eastwood (as truck-driving Norma). In her small and limited role she managed to add to the film a few brief moments of melancholy. She's great in the film - it was a shame she, er, exited too early.

6. It was basically Aliens (1986) (one of the best, most efficiently-executed action films of the '80s/to date) only with zombies instead of acid-dripping xenomorphs. And there's absolutely nothing wrong with that.

7. What seemed to be a possibly risky, untested choice for director (in Zack Snyder) actually turned to be ideal. I was hoping that he may go the way of someone like David Fincher, and go on to carve an interesing and varied filmography**. Remember that Fincher began with a sci-fi-horror that displayed a rather deft and detailed exploration of the genre flick (with Alien³ (1992)).

8. The opening title sequence at the beginning - and at the closing credits at the end. Perfect scene-setting and apt, effectively handled closure. Such a good use of a Johnny Cash track that Breck Eisner pulled a similar trick (with 'We'll Meet Again') for his recent Romero remake The Crazies (2010). (The Dawn titles are designed by Kyle Cooper, who of course did wonders for Se7en nine years earlier.) 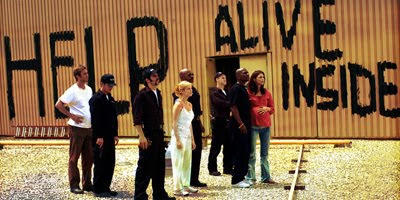 9. The odd, descriptive and inventive use of language/text - printed and/or written - throughout the film. There were many shots of titles, words, slogans and so on that seemed to, either consciously or subconsciously, comment on the action, or were used to highlight modes of communication in a world where the usual channels to communicate are near obsolete. The banners and wipe-boards that the characters made or displayed, and the type used for shop names, come to mind. I tend to watch out for how typography is used (with)in films and it was interesting to see this taken into consideration in such a subliminal manner.

10. It's a zombie film. I love zombies. And films. True, it's not a staggeringly great film by some folks' standards, but for what it is it works remarkably well. And then some. I can put it on anytime I want a quick zombie fix. (That is, after I've returned to Romero's original first.)

* although he should have stopped before Survival of the Dead (2010).

** Snyder has followed up Dawn with 300 (2006) and Watchmen (2009) so far (regardless of what folk think of them, they both got their fair share of attention, for good or bad reasons). There's Legend of the Guardians: The Owls of Ga'Hoole and Sucker Punch to come.
Posted by Craig Bloomfield at 22:34