This week my "Take Three" column (every Sunday, three write-ups on three performances in a supporting/character actor's career) over at The Film Experience features Alfre Woodard in Passion Fish, The Forgotten and Crooklyn. 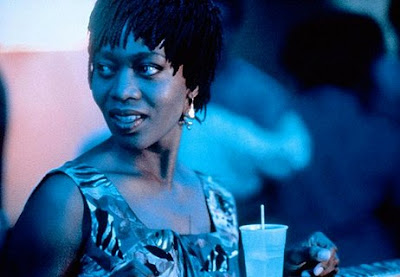 Take One: Passion Fish (1992) After dismissing a string of unsuitable nurses, recently paralysed TV actress May-Alice (Mary McDonnell) opts to hire Alfre Woodard’s mysterious Chantelle in John Sayles’ Bayou drama Passion Fish. Chantelle enters the film out of nowhere, off a bus and into May-Alice’s house. She doesn’t let on any overt details about her life, but there’s a hint of intrigue about her, something amiss and troubling. It's evident in the slightly trembling nervous manner in which Chantelle goes about her new position. McDonnell’s icy actress will gradually thaw as a result of her dependency, but not before she attempts to make life miserable for Chantelle – who’s having none of it...

Read the rest here
Posted by Craig Bloomfield at 21:47