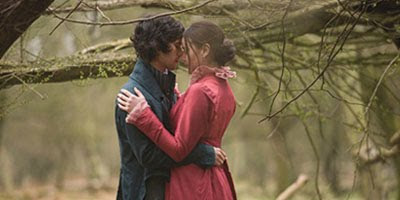 The inclusion of poetry and/or poets in films can leave me a bit cold. Whenever a character opens their mouth to wax lyrical about their favourite poem, or, even worse, to actually recite a passage it can send me into convulsions. It's so often used as verbal shorthand for what a character is feeling instead of the filmmakers coming up with something relevantly poetic of their own. Woody Allen got it spot on in Hannah and Her Sisters (1986). In the scene where Michael Caine buys an ee cummings book for Barbara Hershey it's apparent he genuinely adores the poet and that he fancies Hershey something terrible. A subsequent shot of Hershey staring wistfully into the New York harbour, preceded by a typical white-on-black title insert ("nobody, not even the rain, has such small hands"), with her voiceover reading cumming's poem 'somewhere i have never travelled, gladly beyond' from which that line comes, is enough to perfectly conjure up unrequited, desperate, passionate and indeed all varieties of love without any undue fuss. It's a beautiful moment. 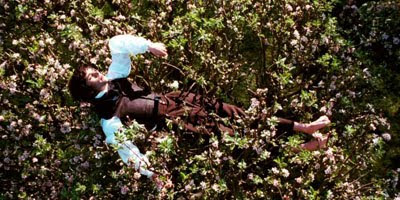 Now Jane Campion, with her eighth feature Bright Star, manages a similar trick tenfold, albeit in a totally different register. She has always had one eye on all things poetic: The Piano (1993), her biggest film to date, positively blushed with all the poetical camera angles and heart-wrenching yearning going on (it was maybe a touch too in love with its own sense of beauty for me though); and In the Cut (2003) dispersed nuggets of poetic verse amid its story of an English teacher Meg Ryan caught up in a hunt for a serial killer. With Bright Star Campion has now put poets at the centre of a film. And it was nothing like I was expecting. Instead of a flimsy, prestige-hungry account of John Keats' (Ben Whishaw) later life (though not that late: he died aged twenty-five) and love affair with his muse Fanny Brawne (Abbie Cornish), Campion creates an atypically romantic film featuring two like-minded souls who share a genuine love of words. It's first and foremost all about the words, not the heavily-scored need for theatrics that often accompanies similarly poetry-loaded, if way more overbearing, films. (I'm thinking of the drizzly spoutings in Pride and Prejudice (2005), the weepy emoting of Four Weddings and a Funeral (1994) and worst of all the incessant use of iambic pentameter in Sally Potter's Yes (2005).) 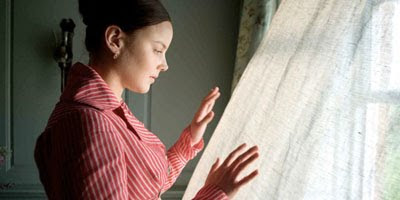 She infuses their relationship with very little pomp or gushing. When Keats' poems are read aloud they are done so in a tenderly heartfelt way, without doom-laden emphasis on all that woe-is-me stuff, but with a simple matter-of-factness. It's affection laid out bare, no fanfare needed. Indeed the invocation of his poems seems to get absorbed into the texture of the film itself through Campion's and cinematographer Greig Fraser's beautifully-rendered visuals: instead of it being just lovely imagery, the photography aerates the script and brings it to life. They make it seem like a breeze. The acting by the cast - particularly Cornish and Paul Schneider as Charles Armitage Brown - are excellent, and Campion's semi-regular composer Mark Bradshaw's simple and elegant score enhances the film wonderfully. That same feeling of true wonder I got from that one scene in Hannah and Her Sisters is replicated here, and expanded across every minute of Bright Star. By avoiding the obvious pitfalls of the poetic biopic, Campion has made her best film to date. It didn't quite snare its due share of the current award season nominations (a token nod each from Oscar and Bafta, both for the costumes - and isn't costume design the easy vote in period films such as this?), but no matter, it's infinitely better than many of the fair weather gong-grabbers. This one will steadily pick up more supporters over time. Join in and champion this Campion.
Posted by Craig Bloomfield at 21:58