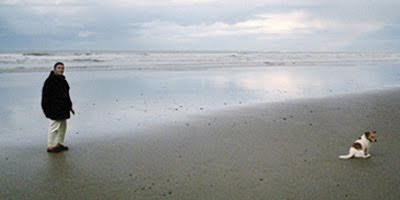 Gideon Koppel's debut film sleep furiously is the first of two documentaries in my top ten list of last year (more on the other one soon). Neither are documentaries in the usual sense though; both are more akin to visual meditative sketches of a specific place (and the history inherent in that place) than deliberate examinations detailing facts or uncovering truths.

For a multitude of reasons there are a number of documentary films I often gravitate towards where, among other things, the filmmakers' aim is to plainly and often unobtrusively observe the people and places they document. Errol Morris' excellent Gates of Heaven (1978) (about a pet cemetery in Napa Valley, California) and his follow-up, the under seen featurette Vernon, Florida (1983) (observations on the titular town's eccentric inhabitants) are both key examples where the locations are crucial, the people chanced upon even more so, and the focus is on the evocation, more than the description, of a place. Last year Nikolaus Geyrhalter's Our Daily Bread/Unser täglich Brot (2005), which merely sequentially charted a variety of means of food production and preparation, made my top ten. Ross McElwee's Bright Leaves (2003), Ron Peck's Fighters (1991) and David Lynch's web series Interview Project (2009-2010) also aptly fit this rather specialised template, too. All these films have simple yet spellbinding attributes about them, and wonderful idiosyncrasies contained within them. Koppel's film is another in this vein.

The film's curious and contrastive title comes from the grammatically correct but nonsensical phrase writer Noam Chomsky came up with 50 years ago: "colourless green ideas sleep furiously". It's about the small Welsh farming town of Trefeurig, situated roughly four miles north-east of Aberystwyth, and the day-to-day rituals and occurrences of its inhabitants - one of which is director Koppel's mother, who, along with his father, came to the town as refugees to escape Nazi Germany. Koppel was brought up in Trefeurig and the film is somewhat the product of his return home. 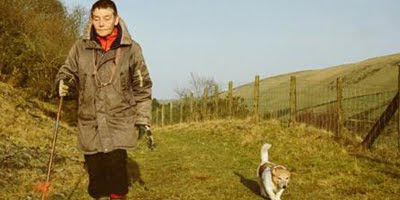 This points to a beguiling dichotomy in the way the film is shot and structured. It's evident that Koppel's relationship with the town and its particular everyday rhythms is strong, and is filtered through authentic knowledge and genuine fondness of the place. But there's also present a distanced yet inquisitive nature to what's being filmed. Parts of it feel like Koppel's camera is revisiting familiar locations, intent on capturing perhaps what made them important for him; and parts feel as if he's seeing things for the first time, finding small wonders in all the normality.

For example, shots of daily farming routines or the town's library van weaving its way over the expansive hills - shot from afar - have the wistful haze of nostalgia about them, but scenes of periphery folk in the community - whether they are parents debating the possible closure of the school or older residents sitting contemplatively in their homes - are shot from the perspective of a respectful but inquiring outsider, someone who's documenting these small events without wanting to intrude or comment directly upon them. The sequencing of shots - from shepherds herding sheep to a woman renting a Danielle Steele book from the van, and from Koppel's mother positioning of a stuffed owl in her house to a man (very amusingly) reading a poem about the redundancy of metal signposts - is structured in a piecemeal fashion and appear to be chosen seemingly at random, but they do roughly follow events recorded over the course of a year (the duration of the seasons is nicely conveyed, without much undue stress on the passing of time). The melancholic slant to the film is surely derived from the feeling that Koppel possibly sees Trefeurig as a disappearing way of life. 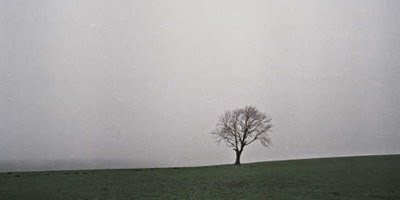 The film blends its varying approaches with a deft skill that consistently displays a feeling of real warmth and respect for Trefeurig - it should coming from someone so close to it. But it doesn't feel like a homely, parochial study. The way of life, and the people there, aren't necessarily sentimentalised because of his familiarity. I figured that the soundtrack of - alternately - gently piano-led electronic doodles, then more beat-driven, uptempo tracks, courtesy of Aphex Twin (and mixed with what feels like largely unaltered natural sound), goes some way in making everything seem much less hokey than it could have been in someone else's hands. It marks sleep furiously out as the work of a filmmaker who likes to explore contemporary means of depicting non-current themes; its aptly bucolic though not inferior or insular. This is a large part of why it's such a greatly charming film.

sleep furiously is a true one-off. A painterly film, made using the sparest of imagery yet honed with a sharp eye for composition. Each frame is carefully considered, but none feel overly or self-consciously arty for the sake of it. Familiar objects and locations are treated in a singular style to look uncommonly fresh: sound and image, the most basic of filmmaking equipment, work together in pure concordance with one another. Each shot is like a word that, strung together, make up visual song just as fractured and as delicately rendered as one of the lovely Aphex Twin compositions that score the film. And it's all as unfathomably intriguing as the Chomsky phrase itself. (The only bum note is that the title is apparently preferred written all in lowercase - a slight but rather precious decision if you ask me. Other than that, all is near perfect for a documentary of this kind.)
Posted by Craig Bloomfield at 18:47