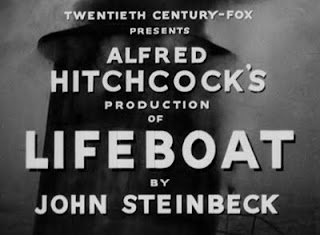 The opening titles of Hitchcock's Lifeboat aren't exactly remarkable for their use of inventive typography (a rather standard-for its-time title insert), but it was one of Hitch's most memorable opening sequences all the same. As soon as the film started I'd been immediately introduced to one of his best screen characters - with a nod to Steinbeck, who wrote the script at Hitch's insistence - in Tallulah Bankhead's stranded socialite Constance Porter. 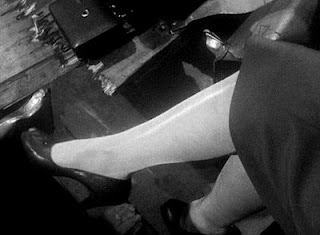 It's a smart, effective and very funny opening sequence: after a masterful pan over the downed ship's various flotsam covering the ocean surface (which include a copy of the New Yorker), Hitch's camera rests on a woman in a boat. Surveying the sinking debris of the ship around her - from the relative safety of the small lifeboat of the title - the unblemished, and still impeccably-dressed, Connie lights a cigarette, glances at a ladder in her tights, and tuts, gloriously ignoring the mayhem around her. 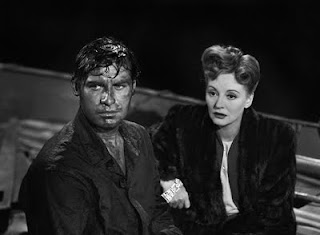 When a survivor, Kovacs (John Hodiak), approaches the lifeboat, she grabs her camera and films him struggling to board before just about managing to lend him a perfectly-manicured hand. Capturing a good story comes first for Connie.

Bankhead and Hitchcock ensure that the opening of Lifeboat establishes just the right tone. It's an excellent and endearing film, but also gripping: amid the witty banter and hardy spirit there's some pertinent commentary on the eye-for-an-eye tactics of war that supply sufficient social-political ballast to weigh the lifeboat's passengers down. But it's eyes forward for Constance all the way. Her presence raises the film several leagues to greatness. Wonderful characters deserve wonderful introductions. Bankhead delectably helped keep Lifeboat wondrously floating along.