Today is Grace Zabriskie's birthday. 69 today and still proving she's one of the best actresses working in film and television. Many happy returns, Grace. 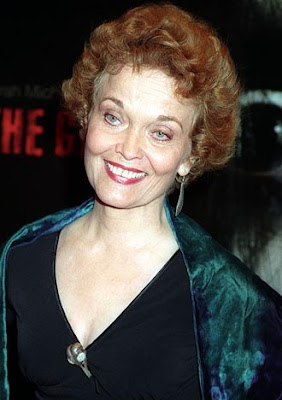 I've followed Ms. Zabriskie's career and been an ardent admirer of her work for the last twenty years. Out of her numerous film credits I've so far seen thirty-two; I'm constantly on the look out for the others I've still yet to see (I can be somewhat the completist in these matters). And of course there's the many TV shows she's appeared in: her amazing, heart wrenching performance in David Lynch's Twin Peaks - "Leland always found the other earring" - being the most high profile and resonant, and her acclaimed re-occurring role in HBO's Big Love being the most recent.

In total, since 1978, Grace has notched up 130-plus screen appearances (including film, TV, music video, short film etc) - and with many, many more to surely come. (on top of this Grace is also a talented poet and artist, too.) Of the thirty-two films that I've seen, so many of them stand out as exemplary and unforgettable. Grace has shown vast range in both comedy and drama, sci-fi and horror, big action movies and intimate Indies - and roles for several of today's most accomplished filmmakers (Lynch, Gus Van Sant, Werner Herzog, Jim McBride, Philip Ridley, Bob Rafelson, William Friedkin, Martin Ritt to name a few). Great work comes frequently and always with a singular style: 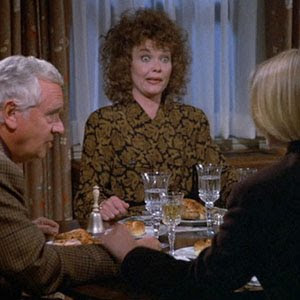 as Mrs. Ross in Seinfeld
But there are two films which, for me, I can't imagine being played by anyone else in cinema:

As Laura Dern's sinister Polish neighbour in Inland Empire in 2006 (which I wrote about some time ago), where, with just fifteen minutes of screen time early on in the film (and a very telling brief appearance right at the end), she left the most indelible mark in my mind; her Visitor #1 could flip from delightful house guest to foreboding menace with a mere turn of her head. And, in a way, the whole film could be read as being all about her character: that last shot of her face is surely there for a reason. (Indeed all the work she's done with Lynch - as Laura Palmer's distraught mother Sarah in Twin Peaks (and again in the theatrical prequel Twin Peaks: Fire Walk with Me in 1992) and her brilliantly bizarre - and ultimately affecting - voodoo-fixated Juana Durango in Wild at Heart (1990).) 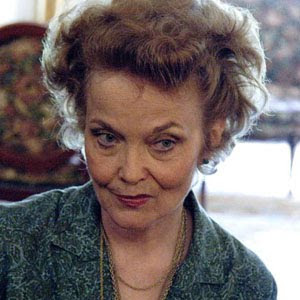 as Visitor #1 in Inland Empire
And 1995's The Passion of Darkly Noon. Much has been (rightly) made of her brilliant depiction of grief in Twin Peaks, but equally as good, and maybe my very favourite performance from Grace, was her Roxy, the hermit-like 'woman of the woods' in this film from Philip Ridley. The scene where we see her reaction to the murder of her one companion, a Rottweiler, is riveting and so plausibly saddening. This was masterful stuff in a film more folk need to see. Grace is indeed the consummate actress of her generation. (Special mention should also go to her performance as Alena in Gus Van Sant's My Own Private Idaho (1991) - one of the roles which, along with Wild at Heart, first alerted me to Grace's greatness.) 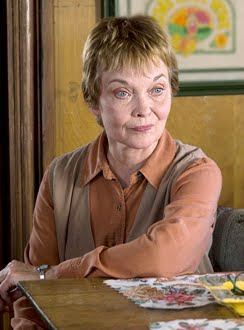 as Lois Hendrickson in Big Love

Happy birthday Ms. Zabriskie. In your own unique way, you've made film-watching a total pleasure
Posted by Craig Bloomfield at 20:28