At the Cinema: Blue Valentine 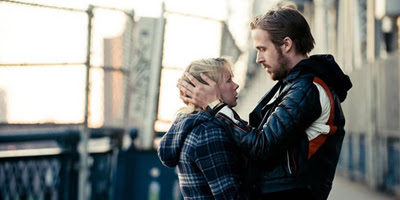 Derek Cianfrance’s Blue Valentine is a moody, broody marriage doodle. A small in scale yet universally resonant portrait of a lovestruck pair; one that carries with it for two hours a dual container of juxtaposing emotions that continually slosh against the film frame. It’s married life composed in a dour funk, with every one of the hopeful, spoiled, merry and soiled moments thoroughly kneaded in to show us just to what extent, and how, love can fail. Blue collar valentines Dean (Ryan Gosling) and Cindy (Michelle Williams) meet, fall in love and fall apart. This is essentially all that happens.

But it’s in how the couple go about these familiar events, how they are conducted and managed, and how the two of them are left to weather the days of bored despair that hit the heart hard. We never see those days of bored despair – like, say, those of the Longhettis in A Woman Under the Influence (John Cassavetes may well have been a likely inspiration to Cianfrance) – but we get the harsh outcomes, singled out pain-filled hours and moments which come about due to the resounding sting of utter relationship failure. The coarse details are found in individual moments, the minute actions and morsels of dialogue that speak volumes about a bad situation without need for loud, obvious metaphorical thuds. 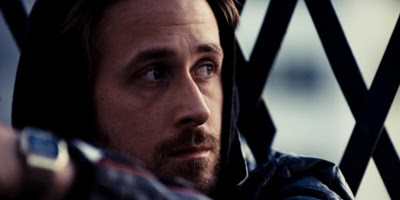 Cianfrance (who also co-wrote – with Cami Delavigne) structures the narrative as a card-shuffle of alternating good times/bad times – they meet brightly in an old folks’ home, misspend bonking time in a hotel, banter with work colleagues, convene for various minor and major home life joys and traumas – which are incredibly well edited (by Jim Helton and Ron Patane). Cianfrance apparently spent nearly twelve years working on the film. The attention to well-refined, personalised relationship detail is acutely considered. His perseverance and the resulting collaborative efforts of his cast and crew are all round expertly crafted to make distinct points about both furtive and diminishing aspects of mutual adoration.

Both Gosling and Williams reportedly honed their roles through rigorous improvisation but it hardly ever shows whenever the two are either in the midst of a verbal battle or an amiable encounter; only once or twice – with the odd actorly flourish possibly brought on by the frequency of close-ups – does improv make itself shyly known. But both William and Gosling take mile-wide strides ahead of most of their peers in the best of their scenes, which is virtually all of them. (I’ll gladly add to the throng of reviewers aghast at Gosling’s lack of Oscar credit to go alongside Williams’ well-earned nomination.) 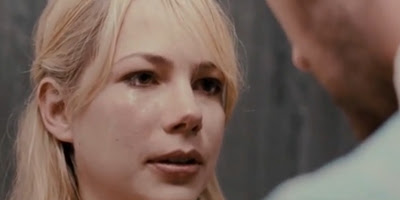 Blue Valentine is fuelled and defined by these two performances; their high quality makes for distinctive drama that painfully needles, with a great deal of genuine perception, both the sweet and the unsavoury habits of love. I don’t think I’ve seen such an intense yet melancholic scrutiny on heterosexual break-up on screen since Wim Wenders wrung several years’ worth of tears out of Harry Dean Stanton and Nastassja Kinski in Paris, Texas. Watch it with the one you love. Or, er, not.
Posted by Craig Bloomfield at 10:28