This week my "Take Three" column (every Sunday, three write-ups on three performances in a supporting/character actor's career) over at The Film Experience features Michael Pitt. 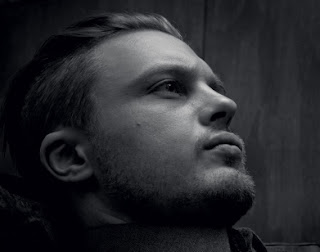 Take One: Hedwig and the Angry Inch (2001) Pitt’s weedy teenage wannabe rock imp Tommy Gnosis (The Jesus freak army brat formerly known as Tommy Speck – then, very nearly, Tommy Ache) got to grapple with Hedwig’s Angry Inch in unconventionally inventive ways back in 2001. John Cameron Mitchell’s slip-up-operation rock opera, Hedwig and the Angry Inch, was like nothing else on screen at the time. If you could avert your eyes from internationally ignored “icon” Hedwig’s shining beacon of starlight, then hidden in the flared remnants, and on the sidelines, was Pitt’s Tommy. He was initially willing to dote on her every word but eventually reluctant to acknowledge his own sneaky appropriation of her back catalogue. He became the big star; Hedwig toured the fish restaurants of America.

Read the rest here
Posted by Craig Bloomfield at 20:11