"Take Three", my regular column (every Sunday, three write-ups on three performances in a supporting/character actor's career) over at The Film Experience, started again this week. First up was Marisa Tomei. 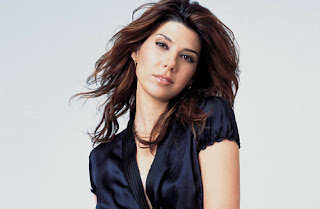 Take One: Cyrus. Tomei is a pure delight in last year’s Cyrus. Her performance demonstrated yet again that great comic turns sometimes pass awards bodies by. But one Oscar win (for My Cousin Vinny, see below) and two other nominations ain’t too shabby. In Cyrus Tomei, at this glorious mid-stage in her career, showed her peers how unblemished by cliché a modern, mature romantic woman should be played. She’s tried more conventional rom-com roles previously – What Women Want, Only You, Someone Like You – but here, with an unstudied attractiveness, she succeeds where others often fail...

Read the rest here
Posted by Craig Bloomfield at 20:29